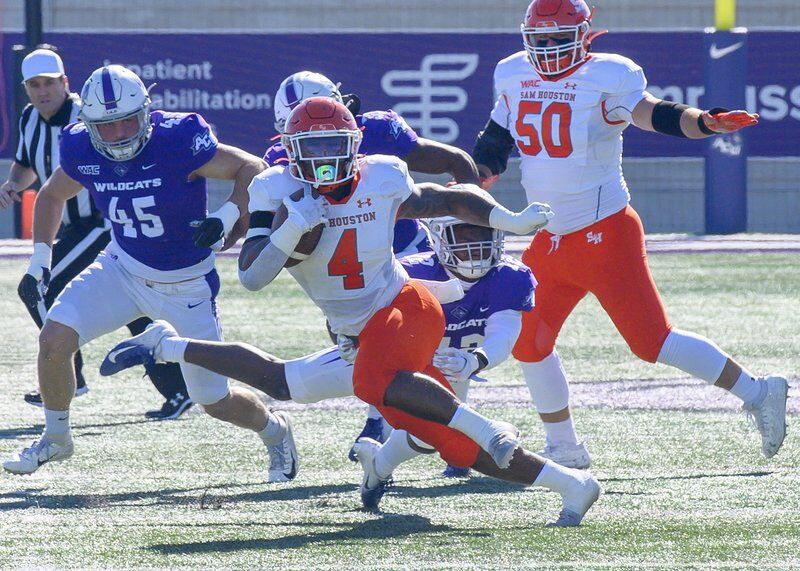 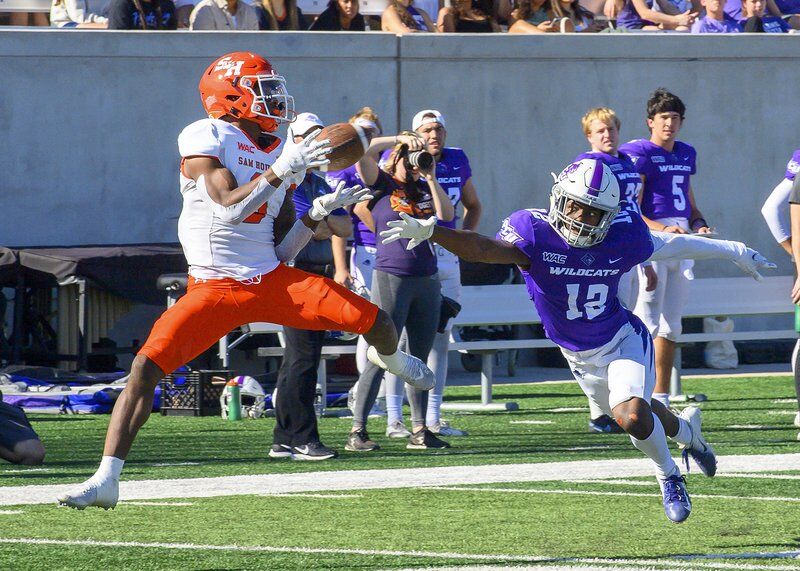 HUNTSVILLE — It was a stellar weekend for Sam Houston football and its fans.

The Bearkats were able to get the out-right WAC conference title and the top-seed in the FCS Playoffs, which guaranteed them home-field advantage until the championship game in Frisco.

But with everything locked up and the Kats entering their third bye-week of the season, they will need to get healthy and keep momentum in their favor as they gear up for another playoff run.

“It’s hard going undefeated, and doing it two years back-to-back and go 20-0. I’m just so proud of these kids,” Sam Houston coach K.C. Keeler said after a win against Abilene Christian on Saturday. “We did what we had to do… I’m excited for our players and I’m excited we get the holiday off. Some of our guys can get home and we get some rest now.”

During Saturday’s game against the Wildcats, the Bearkats had a few members go down. Senior cornerback Tristin McCollum went down, but then was able to return. However, graduate Cody Chrest went down late in the fourth quarter and didn’t return. Keeler hinted in this post-game press conference that he didn’t expect any of the players who went down to be on any long-term injury.

As the Kats will now have an extra week to get better, they will also have a familiar opponent in the second round of the FCS Playoffs. Sam Houston will face either Stephen F. Austin or Incarnate Word at Bowers Stadium next week.

The team is currently playing some of their best football on both sides of the ball, but the offense is playing lights out.

Over the course of the last five weeks, the team has rushed for 1,202 yards while throwing for 1,373 yards. This team is hitting its stride at the right point of the season and with junior quarterback Eric Schmid having plenty of pieces on the offensive side of the ball, he just has to get it there.

Graduate receiver Jequez Ezzard was Schmid’s top target in last season’s postseason run, but after a horse-collar tackle in the first game of the year against Northern Arizona, he was brought down with a horse-collar tackle and has missed some time with what has been called a nagging injury. Despite Ezzard being out, the receiver room has stepped up. Chrest leads the team in receiving yards, while sophomore Ife Adeyi continues to be a playmaker for the Kats in big moments.

The thing is, even with those receivers having breakout seasons, there is still more out there. The Sam Houston passing offense is one of the top in the nation and from what we’ve seen the bye-week will only make them better.

And with the passing game being strong, it makes defensive fronts take somebody out of the box, which in turns opens the running lanes for junior running back Ramon Jefferson or sophomore Noah Smith.

This offense is by far the most balanced team in the nation.

Sam Houston has also prided themselves on their defense and they do not disappoint. Being the run-stopping defense, they have limited opponents to 714 yards on the ground through 10-games. They have held opponents to three under 50-yard games compared to just two games where they have given up 100.

Their lone issue on defense is the deep ball, but after changing up some practice periods they have been able to eliminate some of those issues from the deep ball.

While they may get burned deep, the defensive front has been able to get into the backfield and get the opposing quarterback on the ground. The team as a whole has 23 sacks this season and has a sack in all but one game this season.

But you can’t look too far ahead now, because there is only one more guaranteed game this year and that could be a second matchup against the Lumberjacks. One thing is for sure though, Sam Houston will play every postseason game at Bowers and take their undefeated at-home record with them through it all.