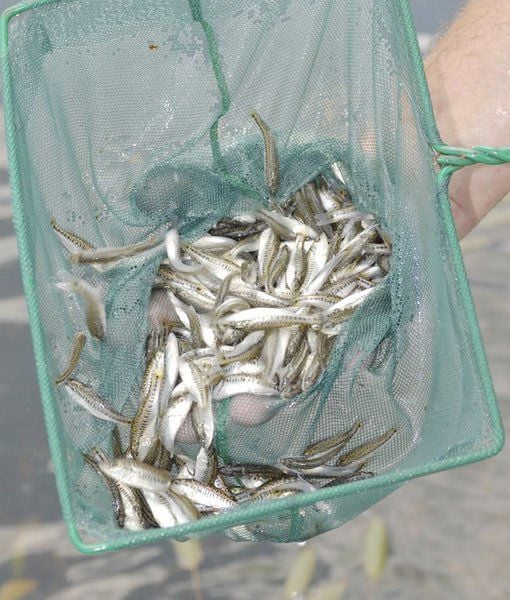 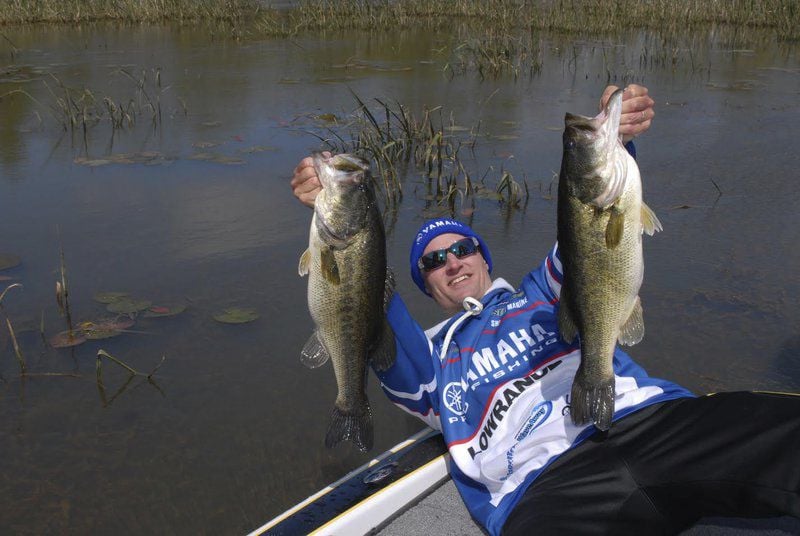 Matt Williams/For The Huntsville ItemFlorida bass in combination with exceptional habitat on many lakes, progressive fisheries management and a mild climate have helped make Texas a bass fishing mecca.

Matt Williams/For The Huntsville ItemFlorida bass in combination with exceptional habitat on many lakes, progressive fisheries management and a mild climate have helped make Texas a bass fishing mecca.

I have often wondered where Texas bass fishing might be today without Florida bass. Knowing what we know now, it would be a pretty safe bet to say an eight-pound fish would still be considered a giant around here and that a 30-pound limit would be nothing more than a pipe dream.

Florida bass are much different than the northern largemouths native to Texas waters. Particularly when it comes to growth potential.

Northern largemouths rarely grow beyond 10 pounds. Florida transplants, meanwhile, are genetically programmed to grow much larger, possibly to 20 pounds and beyond.

Bass with Florida genes — pure or crossbreeds — also get there a whole lot quicker. Placed in an optimum environment with suitable habitat and abundant forage it is not uncommon for Florida bass to reach 14 inches in two years and to stack on one pound a year thereafter, possibly more. Fisheries biologists tell me native northern bass will maintain a similar growth rate for about three years before gradually lagging behind.

Florida bass have been known to achieve exponential growth rates in Texas waters on occasion, but it is pretty rare.

One of the best examples of such a genetic freak to surface was the Texas ShareLunker caught in January 1988 from Gibbons Creek Reservoir in Grimes County by Troy Johnson of Houston.

Johnson's fish, a 16.13 pounder, was only seven years old. Biologists documented another overachiever in April 2008 when a 13.13 pound ShareLunker was caught from Lake Falcon, also determined to be seven years old.

As earlier mentioned, Florida bass are not native to Texas waters. They are transplants, with the first documented stockings on public waters occurring in the early 1970s, courtesy of the late Bob Kemp.

Kemp was a visionary who headed up the Texas Parks and Wildlife Department's fisheries division in the early 1970s. The way the story goes, Kemp had a hunch fast growing Florida-strain bass would do well in the Texas climate. With a wealth of new lakes being constructed around the state at the time, he saw a grand opportunity to take Texas bass fishing to the next level.

After several failed attempts to convince the TPW Commission to buy some of the fish to experiment with, Kemp spent his own money and placed the order himself. The first Florida bass fingerlings were flown into Texas in 1971. The fish arrived in oxygenated bags placed snugly inside two insulated boxes.

According to TPWD reports, the fish were subsequently placed in growing ponds at the now defunct Tyler Fish Hatchery, grown to advanced size and then placed in a nearby private lake for follow-up studies to determine their compatibility with Texas waters as well as their growth rates.

When the studies yielded positive results, the fish were eventually harvested and brought back to the Tyler facility where they were used as brood stock to jump start what has become one of the most successful inland fisheries hatchery programs in the country.

The first Texas lake to receive Florida bass was Lake Murvaul in 1972. Several other East Texas lakes were stocked in the 1970s, with some of the earliest stockings occurring on lakes Monticello, Pinkston, Houston County, Welsh, Jacksonville, Kurth, Sam Rayburn, Hawkins and Fairfield.

The correlation between big Texas bass and the arrival of Florida bass is evident by looking at the state weight records. In 1979, when I was a high school senior, the Texas state record was a 13.50 pounder caught from Lake Medina that had stood since 1943.

Interestingly, I recently learned that TPWD fisheries biologists believe the Medina bass had traces of the fast-growing Florida gene in its DNA.

According to Todd Engeling, TPWD's freshwater hatchery chief, biologists at the Texas Freshwater Fisheries Center in Athens obtained some scales from the original skin mount of H.R. McGee's former state record back in the 1990s.

Engeling said genetic analysis of the scales showed that there was some level of Florida influence in the Medina fish. He presumes the fish was part of an "undocumented" private stocking that occurred long before TPWD began stocking Floridas in public waters.

To fully grasp the impact Florida bass have made on Texas bass fishing over the years, check out the state's Top 50 list of largemouths. The top fish is an 18.18 pounder caught from Lake Fork in January 1992.

The bottom fish on the list a 15.38 pounder. Actually, there are four fish from two different lakes tied for the No. 50 spot. Three of the fish were caught from Lake Fork and one from Possum Kingdom, all between 1989-92.

While Florida bass have certainly spurred the quality of Texas bass fishing, several other key factors have helped pushed the fish along.

• Climate: The weather is typically mild and warm in most parts of the state. As a result, most lakes maintain moderate to relatively warm water temperatures over the course of the year. Bass and other fish are cold-blooded, which allows their body temperatures to be regulated by water temperature.

Fish in cold weather climates don't feed as much, or as often as fish in warm weather climates, because their metabolism is slower. Bass in many lakes across eastern and South Texas enjoy a year-round growing season, because water temperatures seldom drop below 50 degrees.

• Exceptional Habitat, Water Quality: Many Texas reservoirs are rich in habitat with water that is high in nutrients for nurturing forage that is critical throughout the food chain. Good habitat provides bass with a nursery for rearing their young and optimizing recruitment. It also serves as a playground where forage species can thrive and bass can feed, while at the same time providing anglers with a seemingly unlimited number of sweet-looking spots to soak their baits.

Matt Williams is a freelance writer based in Nacogdoches. He can be reached by e-mail, mattwillwrite4u@yahoo.com.