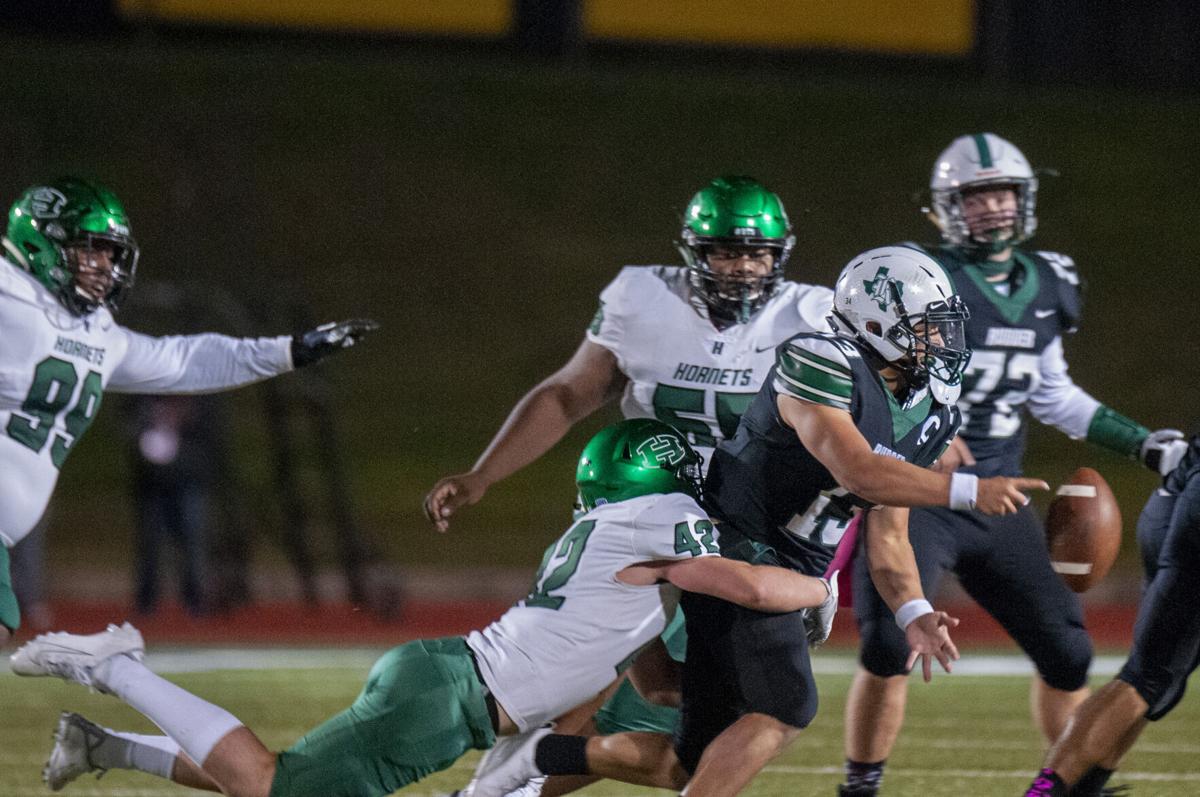 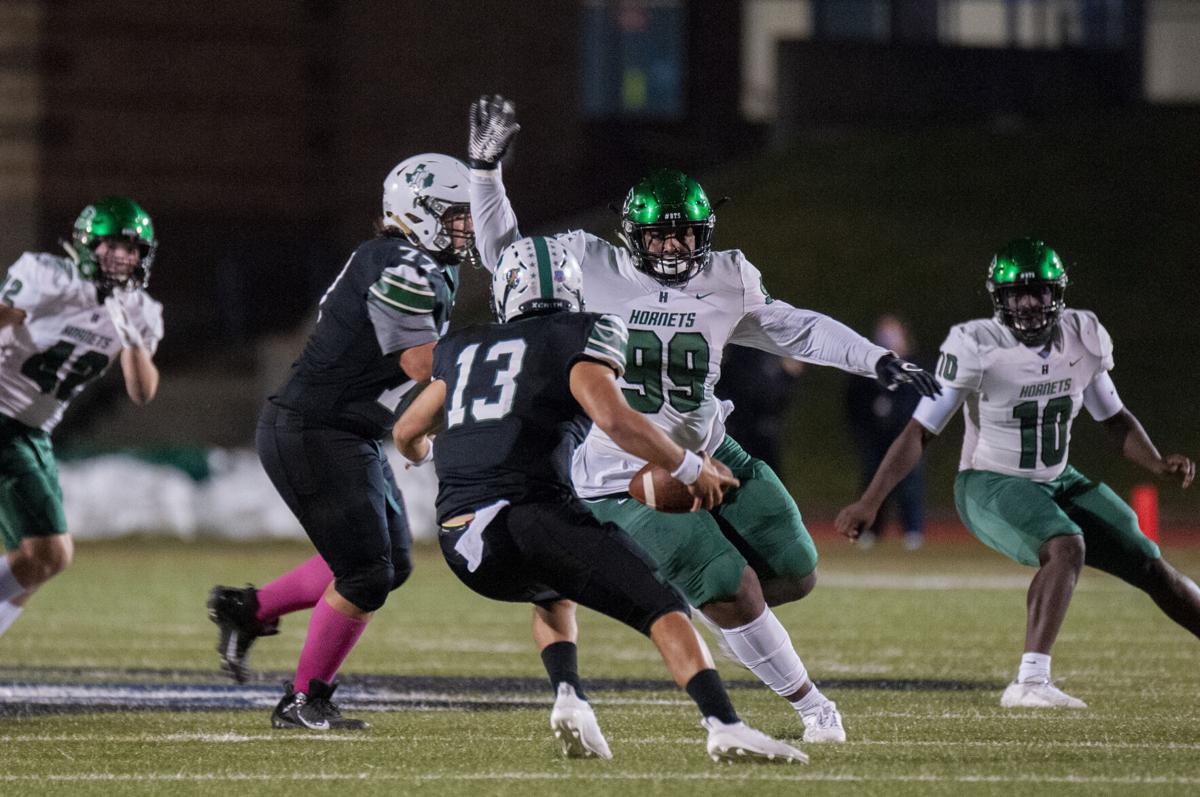 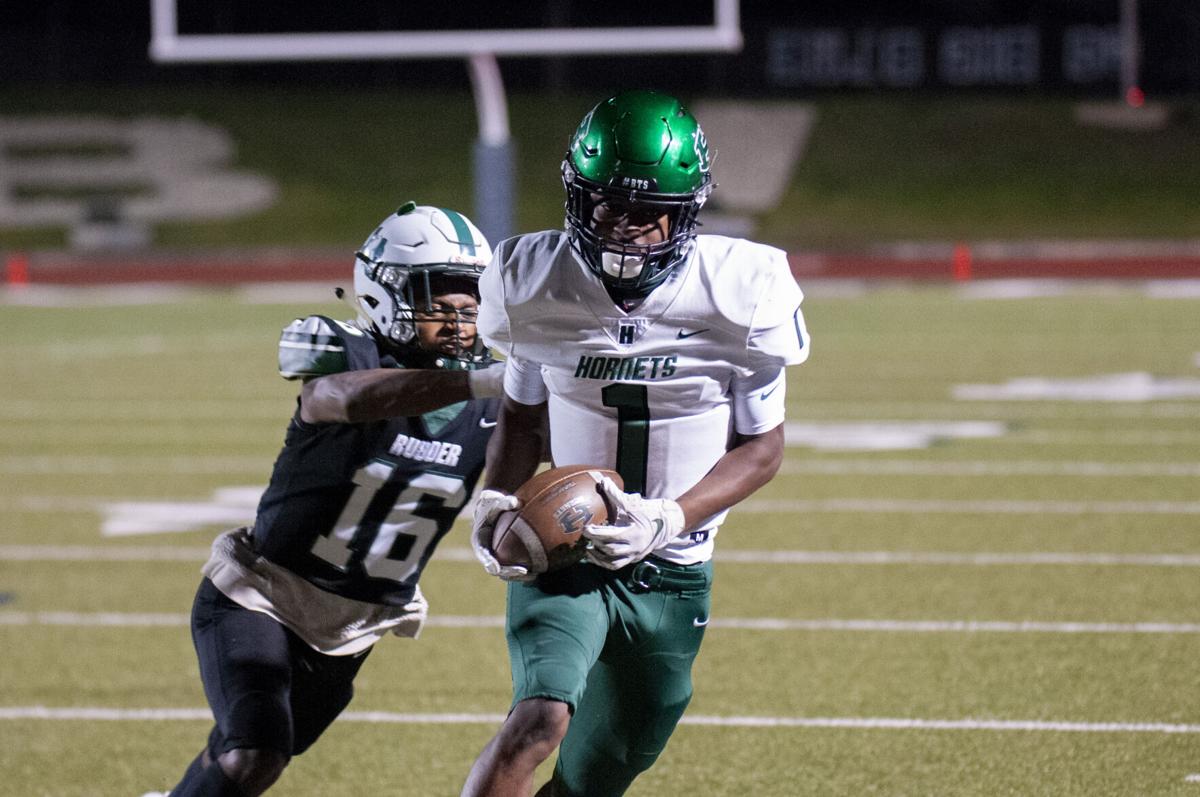 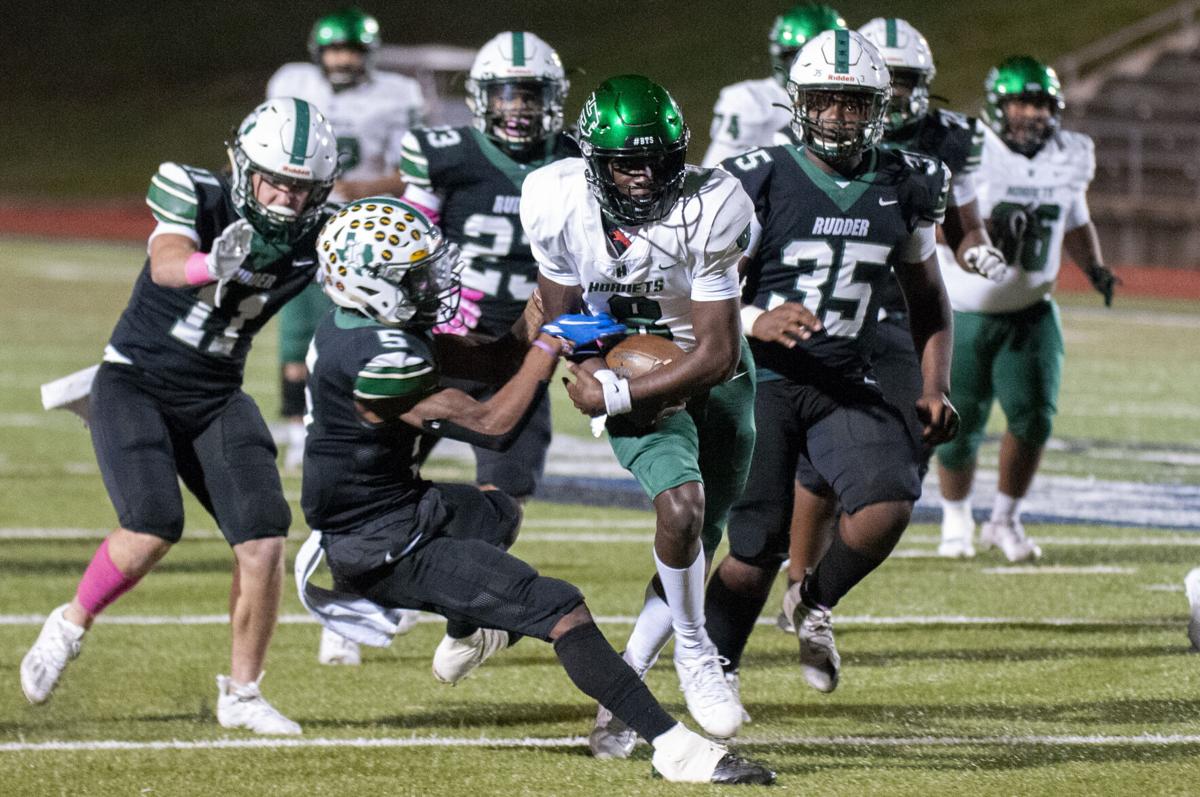 BRYAN — Class 5A’s leading passing attack was no match for the Huntsville defense on Friday night, as the Hornets cruised to a 36-17 road win over Bryan Rudder at Merrill Green Stadium.

Huntsville held the Rangers — who entered the night averaging 583 yards and 52 points per game — to just 258 total yards and two touchdowns, while forcing four turnovers in its District 10-5A, Division II opener.

“We gave up some big plays … but holding a team that was averaging 50-something points to 17 in your first district game, I’ll take that,” Huntsville head coach Rodney Southern said.

Rudder junior quarterback EJ Ezar entered the night as the leading passer in Class 5A and above with 1,400 yards, but was rendered ineffective by a Huntsville defense that provided constant backfield pressure.

The Hornets compiled six sacks — including five from senior defensive tackle Edward Bobino, bringing his total to 11.5 through four games — while flustering Ezar into three interceptions. Seth Carroll —  who started in place of injured defensive end Sebastian Patterson — also came up big on the D-line, forcing a fumble on a sack, which was recovered by Quaterian Riles.

“He was talking a lot before the game started, the whole team was,” Bobino said. “I just told them, ‘You watch film, you know who I am,’ and I let the film speak for itself.”

White’s second interception helped seal the victory for Huntsville. With Rudder down by 12 and driving inside the Hornets’ red zone, backfield pressure forced an errant pass that was snagged by White in the end zone with just under seven minutes remaining.

“He tried to look me off so I played it on purpose,” White said. “I faked one way, then came back and just took it.”

A few plays later, junior running back Jaylon McClain put any lingering doubt to rest with a 50-yard touchdown run.

“I knew we had to make a big play,” he said. “My coaches told me to be calm and patient, know the situation and execute.”

McClain finished the night with a game-high 164 rushing yards and two touchdowns, while Justin Butcher added 77 yards and three scores on the ground. All of Butcher’s production occurred in the first half, with the junior leaving the game with a leg injury late in the second quarter.

“You need two good ones,” Southern said. “Both of those guys run the ball hard, they do what we ask them to do and obviously they’re good football players.”

The Hornets’ win sets up a marquee matchup next Friday at Bowers Stadium against No. 3 A&M Consolidated, which beat Lamar Consolidated 56-0 in its district opener. Huntsville and Consol have combined to win at least a share of the past four league titles.