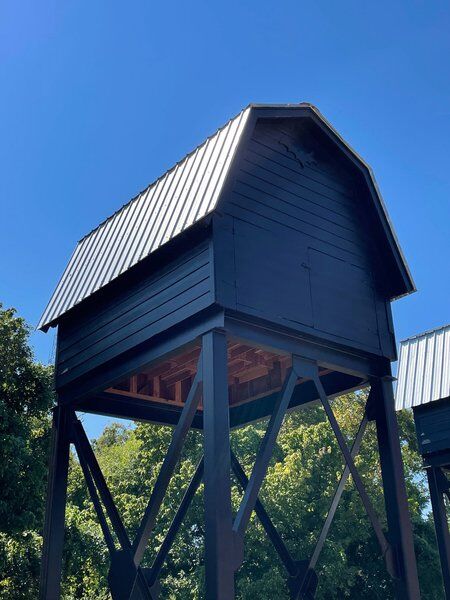 SubmittedThe bat houses behind the Huntsville "Walls" Unit, which were built in hopes to hold the bats that are common in the prison's old cotton warehouse. 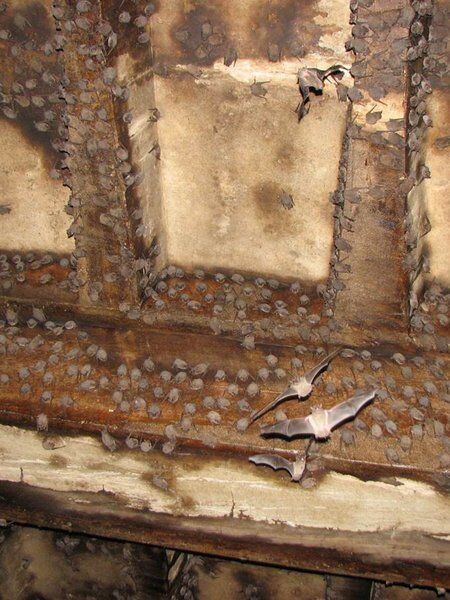 SubmittedThe bat houses behind the Huntsville "Walls" Unit, which were built in hopes to hold the bats that are common in the prison's old cotton warehouse.

October is a time where ghosts, ghouls and spooky bat decorations make an appearance, but the little bats whose likeness we use to make our houses and offices spooky serve an important purpose. While this month is most known for Halloween and the start of cooler temperatures, it is also bat appreciation month.

These flying mammals serve an important purpose other than allegedly turning people into vampires. They pollinate numerous plants and spread seeds that fall off their fur as they fly.

“Bats of all species serve irreplaceable functions in the ecosystem as pollinators and predators of insect pests,” said Monte Thies, professor of ecology and mammalogy. “They perform so many different ecological functions that cannot be replaced by other species.”

Thies advises those who want to take part in bat appreciation month to educate themselves on what bats do for our environment and how important they are for maintaining ecosystems.

All the bats in the building are Brazilian free-tailed bats and are known to travel around 50 – 100 miles.

“We are sure that this population moves between here and roost sites in College Station and Houston,” Thies said.

While these bats may travel out to those areas, they come back to roost here in Huntsville since it has long been established as their home. This is part of their nature, as this species is known to roost en masse in only a few locations, leaving the abundant species vulnerable to habitat destruction.

This risk makes it important for us to be aware of where bats may roost and ensure that these sites are not disturbed by urban development. Thies explained how those of us in Huntsville can take care of the bats here in town.

While the warehouse is the colony’s original roost site, the Texas Department of Criminal Justice had ‘bat houses’ installed right outside of the decrepit building to try and encourage the creatures to move out of the building. This was done in hopes of freeing up the warehouse so that it can be torn down.

“Encourage local entities to support retaining the warehouse as the colony’s roost site, which is a perfect habitat for the free-tailed bat,” Thies said. “Do not disturb the bats by trying to enter the building or alter the surrounding environment, which includes making no changes to streetlights and traffic.”

He also had some tips for those who go to watch the bats head out of the building for the night.

“Do not interact directly with bats, and do not handle or pick up a sick or injured bat,” Thies said.

The prime time to see them emerge is dusk during the summer months, but the bats that remain in town can still be seen leaving their roost at twilight.