Walker County has declared itself a Second Amendment sanctuary, a move that has been spreading across the Lone Star State.

On Monday, the Walker County Commissioners Court unanimously adopted a resolution designed to send a "keep your hands off our guns" message to state and federal politicians.

The non-binding measure states that the county will not authorize or appropriate government funds, resources or employees for the purpose of enforcing or assisting in the enforcement of any element of any acts, laws or orders that “infringe on the right of the people to keep and bear arms.”

“If you watch the national news you see a lack of protection for the Second Amendment of the Constitution. For lack of a better term, the right to bear arms is under attack,” Commissioner Ronnie White (Pct. 2) said. 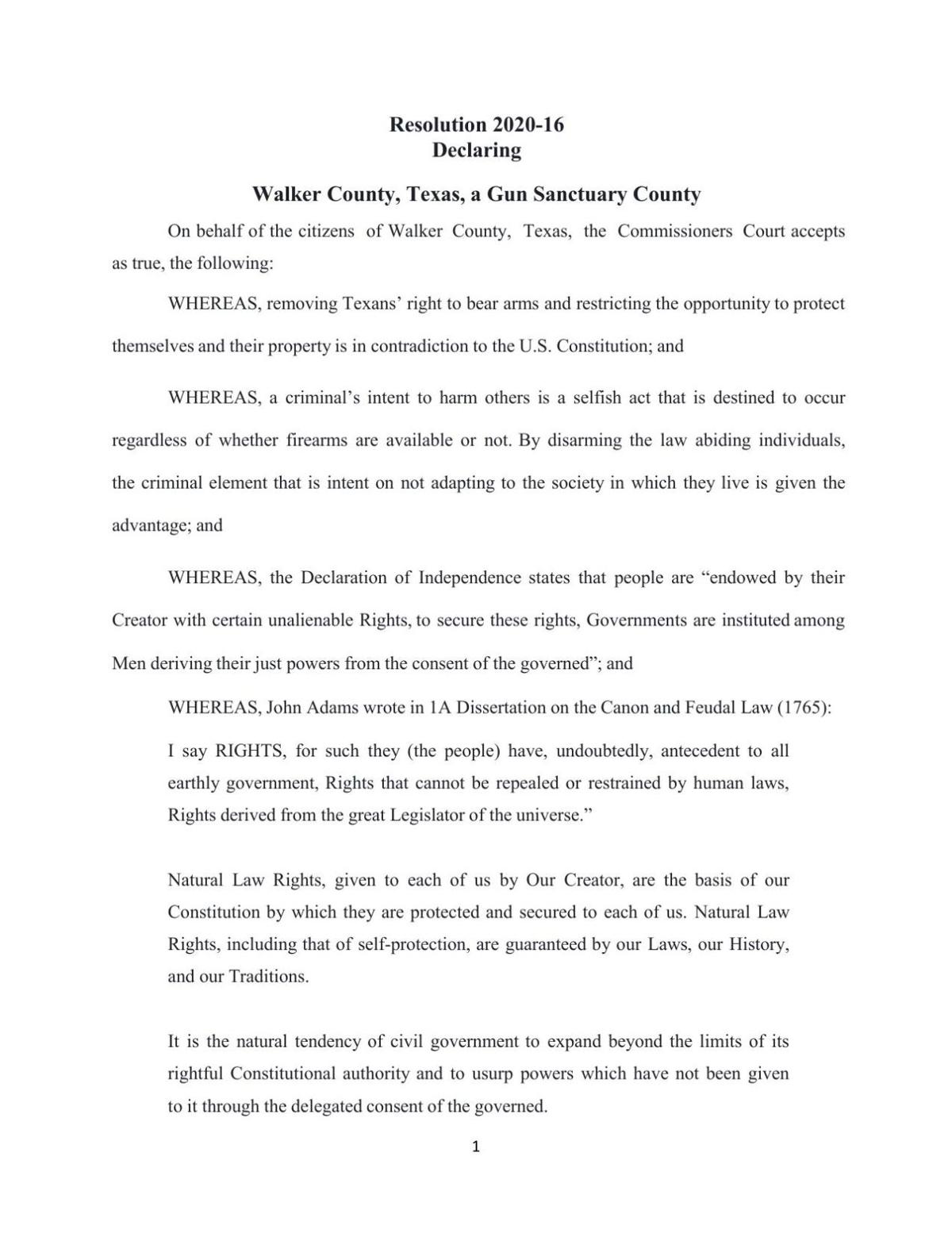 Nearly 20 other counties across Texas have passed similar resolutions off the heels of comments made by onetime presidential candidate Beto O’Rourke. The former Texas congressman that if he were elected to the nation’s highest office, he really would confiscate military-style assault weapons.

“I looked at a few counties across the state, and across the country that are passing these resolutions,” White added. “This particular one is a copy of Montgomery County.”

This was the second time for the measure to come before the Walker County Commissioners Court, after the first vote was swiftly postponed by White.

In other action, commissioners OK’d an interlocal agreement between Walker County and Emergency Service District No. 2 for the lease of two ambulances.

ESD No. 2 recently purchased a new ambulance from the city of Allen, which will primarily serve as a backup truck at Station 74 in New Waverly.

The next scheduled meeting of the Walker County Commissioners Court is scheduled for Dec. 16 at 1:30 p.m.