HUNTSVILLE — Walker County commissioners urged the Texas Legislature to reconsider the proposed redrawing of state congressional maps that would dilute the county’s representation by splitting it into two districts.

The court unanimously approved a resolution presented by Commissioner Bill Daugette on Tuesday that expressed the county’s disapproval of the redistricting plan. 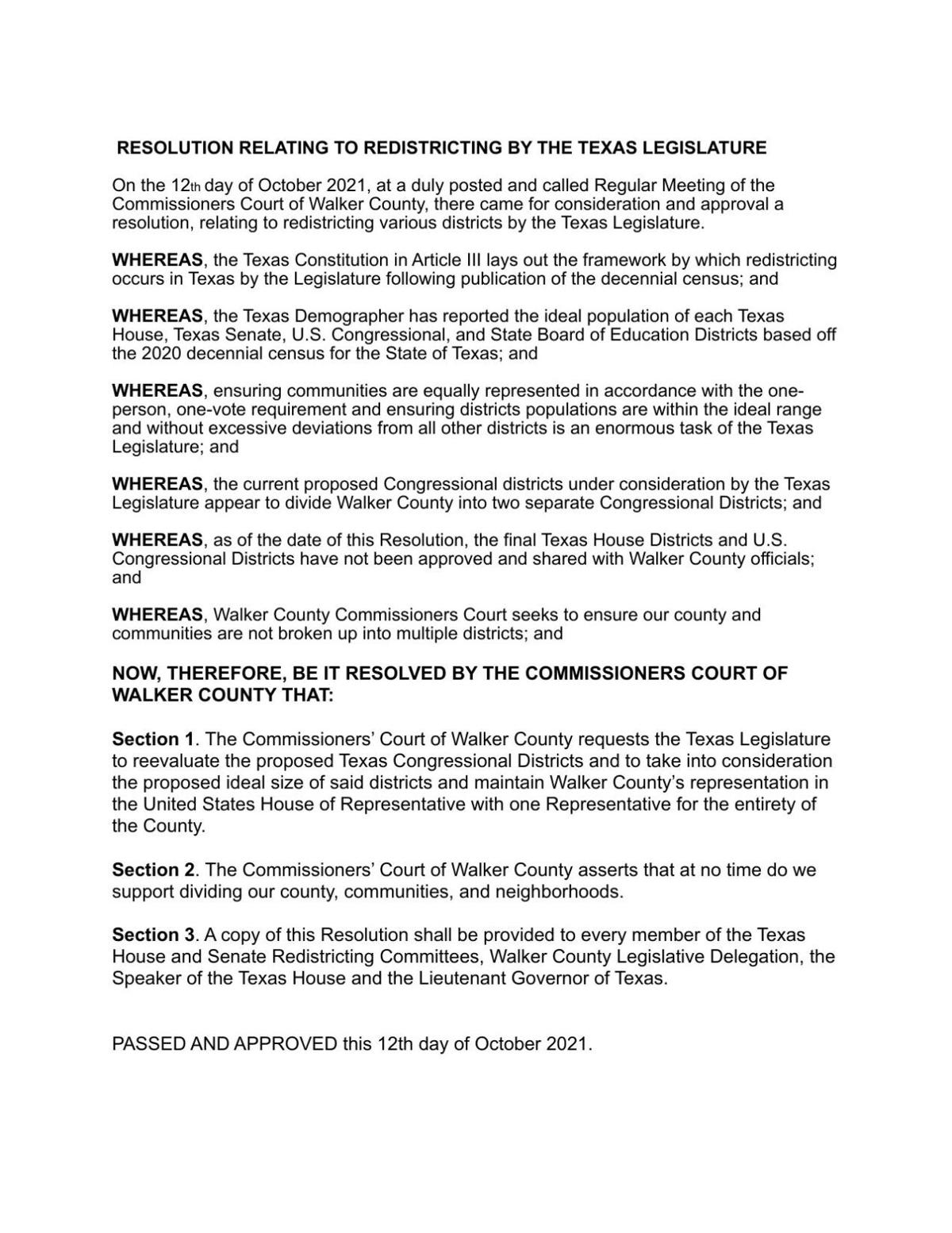 Several Republican-led counties — including Montgomery County — have expressed their frustration with the proposed maps that were recently approved by the Texas Senate. The maps will still need to be approved by the Republican-controlled Texas House of Representatives and Gov. Greg Abbott.

“Splitting Walker County at the congressional level will make us an afterthought in the U.S. House of Representatives,” Daugette said. “It’s important that we voice our opposition to that.”

The Legislature is reshaping all of the state’s 36 congressional districts as required to address population shifts identified by the U.S. census over the last decade. Legislative districts change every 10 years.

Under the proposed map, citizens in the Elkins Lake and Spring Lake subdivisions along with the rest of southern Walker County will remain in District 8, which is controlled by Kevin Brady (R- The Woodlands). The rest of the county will become part of a makeshift District 10, which is led by Michael T. McCaul (R- Austin).