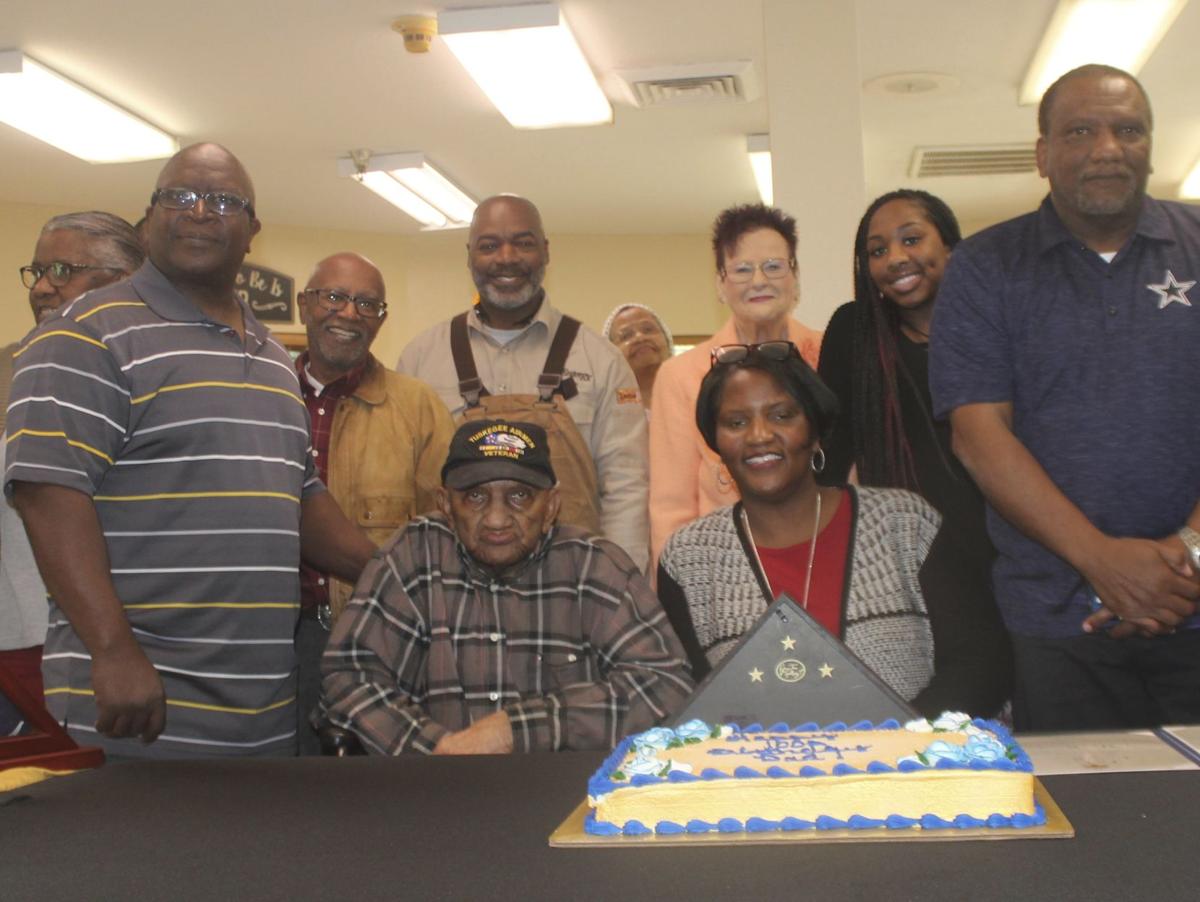 Joseph Brown/ The ItemMaize Warren, center, is surrounded by family and friends to celebrate his 100th birthday last year. 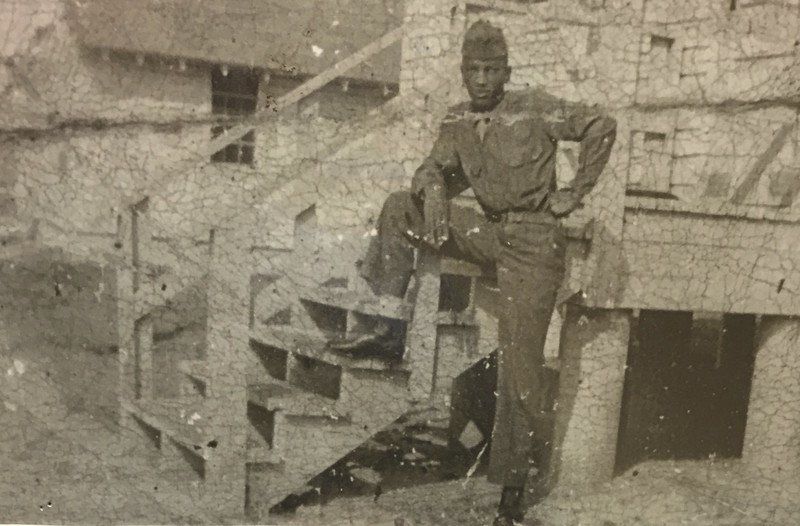 Tributes have been paid to Mazie Warren, one of the last remaining Tuskegee Airmen, whose heroic acts helped change the course of World War II.

The veteran, who spent four years with the U.S. Army Air Corps as a corporal radio technician at the Tuskegee Army Flying School, died on Memorial Day. At 101, he was one of the last remaining Tuskegee Airmen.

Though African Americans had fought in every major U.S. conflict dating back to the Revolutionary War, they were traditionally confined to menial jobs and kept separated from whites. As late as 1925, an Army War College report called them “a sub-species of the human family” that performed poorly as soldiers due to their cowardly, subservient, superstitious, amoral and mentally inferior nature.

Black advocacy groups and newspapers attempted to counter such pseudoscience.

But as World War II approached, the military remained staunchly opposed both to integration and to putting blacks in positions of authority.

On January 16, 1941, it was then announced that an all-black fighter pilot unit would be trained at the Tuskegee Institute in Alabama, a historically black college founded by Booker T. Washington.

The war department officially established the 99th Pursuit Squadron on March 19, 1941, and it was activated three days later. Before the first cadets even arrived, the program got a publicity boost when First Lady Eleanor Roosevelt was taken up in a plane by C. Alfred “Chief” Anderson, a black aviator pioneer who served as the Tuskegee Institute chief flight instructor.

Nonetheless, many top military officials, including the war secretary, reportedly expected the Tuskegee experiment to fail. Overall, 992 pilots completed the Tuskegee training program. nearly half of whom were then shipped overseas, where they gained fame for their unparalleled success at escorting bombers on long-range raids deep into Nazi-controlled territory and never losing a bomber. They flew over 1,600 missions and destroyed over 260 enemy aircraft.

Warren contributed to the success of the Tuskegee Airmen through the security that he and his team helped to provide for their operations. According to his friends and family, he was so proud to have witnessed the visit of Mrs. Roosevelt to Tuskegee and the plane ride that she took with Chief Anderson.

His memory of that experience never faltered throughout the many years that followed. Even though this nation didn’t receive him home with the great appreciation that he had earned, like most African American Veterans, he still treasured and had pride in the service that he had given.

Richard Watkins contributed to this report.