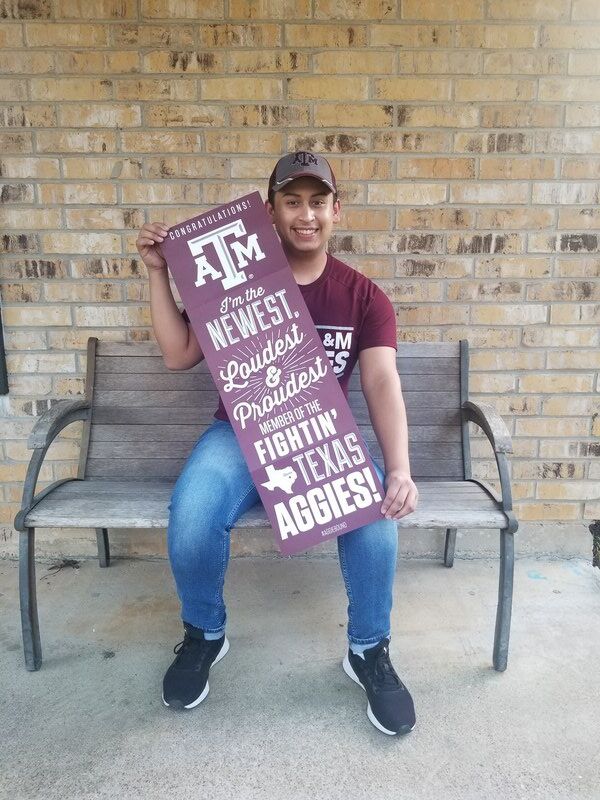 SubmittedMarvin Ochoa, the valedictorian for the Huntsville High School Class of 2021, plans to attend Texas A&M University in the fall. 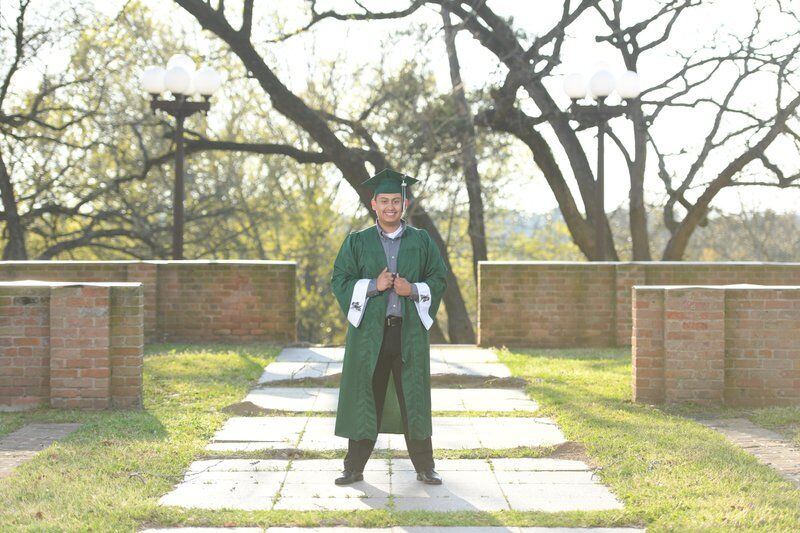 SubmittedMarvin Ochoa will address the Huntsville High School Class of 2021 today as the class valedictorian.

SubmittedMarvin Ochoa, the valedictorian for the Huntsville High School Class of 2021, plans to attend Texas A&M University in the fall.

SubmittedMarvin Ochoa will address the Huntsville High School Class of 2021 today as the class valedictorian.

After countless hours spent in the Huntsville High School library and overcoming the challenges of virtual learning in a pandemic, Marvin Ochoa will address his peers today for one last time as the class of 2021 valedictorian.

Ochoa found out in his junior year that he was in the running for valedictorian and to his surprise, was confirmed nearly three weeks ago.

“I was expecting like fifth or fourth, but not first or second, so when Ms. (Marsha) Stringer let me know that I was (valedictorian) I was surprised, I would not think that I would come out on top,” Ochoa said.

Like the rest of his peers, Ochoa had been shifted to virtual learning for the remainder of his junior year due to the onset of the pandemic and opted to continue learning from home for most of the fall semester in his senior year. However, finding it difficult to focus and losing the motivation to complete his school work, Ochoa’s grades began to slip. He returned to the classroom in the last few weeks of the fall semester and remained attending in-person to catch up and secure his standing as valedictorian.

“I’m grateful to God that he still let me achieve this, and to Mrs. (Dawn) Shaw and Mrs. Stringer, they have been amazing all year and I know that they’re the reason I’m graduating and the reason that a lot of my classmates are able to get here. A lot of us struggled during COVID in getting our work done, so I’m very grateful to them,” Ochoa said.

Being valedictorian has always been a goal for Ochoa, who has continuously pushed himself throughout his education to find the courage to speak up, lead his peers, achieve academic feats and put others before himself.

“I remember in my eighth grade english class with Mrs. (Lauren) Rudolph, we wrote letters to our senior selves that we got a couple of weeks ago and when I read my letter, I had a whole checklist of what I wanted to accomplish in high school. The first two are either valedictorian or salutatorian, so I know for sure from eighth grade I definitely had that in mind, that I wanted to be one of the top people in my class,” Ochoa said.

Throughout all four years, Ochoa was heavily involved in the Huntsville Hornet Military Marching Band, playing in the region and area bands, concerts and contests. He also served as section leader for three years, teaching freshmen members how to march, while setting an example for the rest of the section and the entire band.

Additionally, Ochoa found himself in a leadership position as National Honor Society president during his senior year, organizing charity events with his fellow officers and finding his confidence in taking charge. The valedictorian was also a member of the French National Honor Society, Mu Alpha Theta, Math National Honor Society, Key Club, student council and HOSA - Future Health Professionals throughout his education. Outside of school, he helped with church fundraisers and volunteered at the Good Shepherd Mission for bilingual services throughout the pandemic’s summer months.

Ochoa has his parents to thank for his inspiration and motivation to be an exemplary student. His father dropped out of school at a young age to serve in the El Salvadorian war as just a child and with little to no education, he and Ochoa’s mother immigrated to the United States in their teens. Ochoa has aimed to not take his education for granted and to achieve a high level of education that was not afforded to his parents

“Just hearing all of the dreams that my parents had and how they couldn’t achieve their dreams because they couldn’t get an education was a really big motivation for me to make them proud and come out on top. It’s still a dream of mine to not pay a single penny for college because they’ve given a lot to me and I want to give back to them, by having college for free so they don’t have to worry about paying,” Ochoa said.

Now, Ochoa and his brother are both first generation high school graduates and college students. Ochoa’s brother was the first to graduate from college a couple of weeks ago and Ochoa will be following in his footsteps to join the Corps of Cadets marching band at Texas A&M University this fall. Ochoa will be entering his freshman year as a health major hoping to transfer to the nursing school, a highly competitive program in the state.

His passion for nursing comes from his family, many of whom suffer from diabetes. Throughout his life, Ochoa has continuously been in and out of hospitals, specialists and doctors’ offices with his family, and the attentive care and patience they were shown by the nursing staff inspired his desire to help others.

“My dad has had a few near death encounters with his diabetes and that was a bit scary. Being at the hospitals overnight and seeing how the nurses were so attentive, they were so caring, my parents didn’t speak that much english and they were patient, trying to understand what they were saying,” Ochoa said. “Seeing how devoted they were to their jobs and how they actually cared for my dad and cared for my family members when they were sick made me want to go into nursing.”

Roy Eugene Smith, age 77, of Huntsville passed away Wednesday, June 16, 2021 at his home. Roy was born October 31, 1943, in Crockett to parents, Bevin Oliver Smith and Verna Elizabeth Wills Smith. He was a graduate of Huntsville High School then received his Bachelor of Science degree from T…