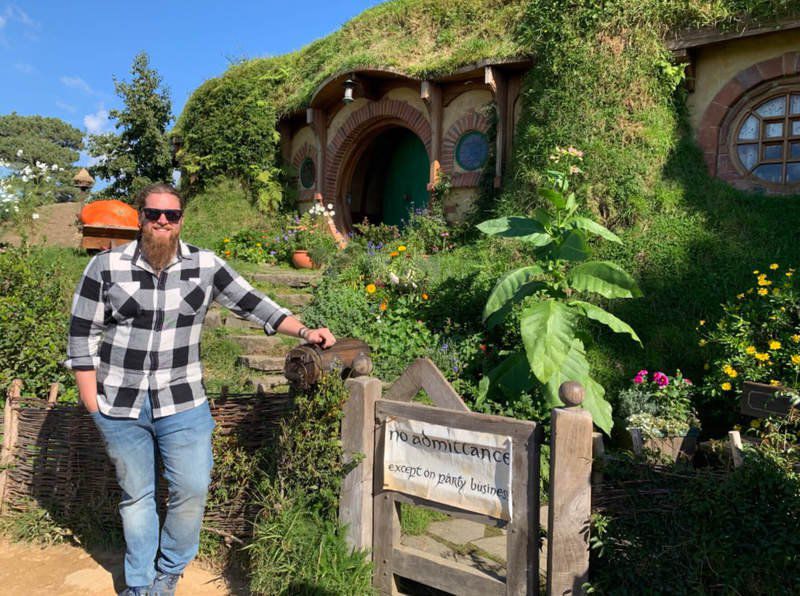 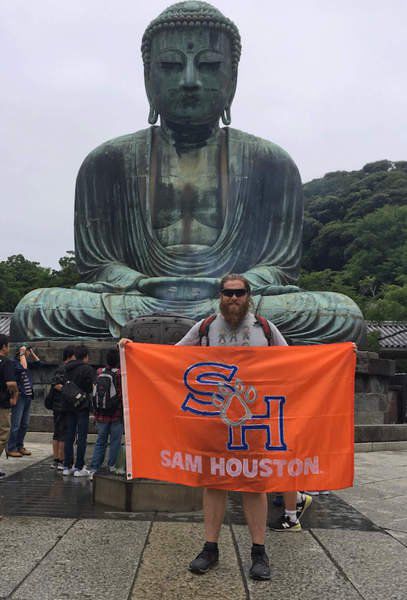 After a tour of duty in Afghanistan, Benjamin Blume began to attend Sam Houston State University, but there was something missing.

That all changed when Blume enrolled in the SHSU study abroad program. With the help of the staff at the Office of International Programs and the Veterans Resource Center, he was able to take seven study abroad trips, visiting 19 countries in just three and a half years.

“When I returned to Sam, I was looking for the excitement I found in Afghanistan and the cultural immersion I felt,” Blume said. “I started taking German and my professor suggested traveling abroad ... that’s how it all started.”

Blume’s first stop was Leipzig, Germany for a German language immersion program in the summer of 2017. Later that summer, Blume visited Australia as part of the stars and galaxy course.

“There was a major eclipse in Australia that summer and it was an amazing thing to see,” Blume added. “We also visited Wyoming after Australia for the same course to see the unobstructed sky.”

In the fall of 2017, Blume took off again, this time visiting Bern, Switzerland for a business course. Blume returned for the 2018 spring semester before his next adventure that summer in Tokyo for a month-long economics trip.

“Tokyo was quite the experience and like nothing I had seen before,” Blume said. “I had never experienced so much culture and history as I did there.”

Blume went from Tokyo back to Germany, this time visiting Aachen for an economics program. After returning to the U.S. for a month, Blume traveled to Dubai, United Arab Emirates for a three week marketing program. Finally, this past March, Blume took his seventh and last study abroad trip to Auckland, New Zealand.

“New Zealand was probably my favorite place to visit because the landscape is so diverse,” Blume added. “One day we hiked a glacier which I had never done. I also got to see where the Hobbit films were made. I then got to travel to Tasmania which was amazing.”

To fund each trip, Blume received the International Programs Scholarship and cleverly utilized his GI Bill to cover the extra tuition and fees.

“I was very fortunate to receive help from the study abroad program and the ability to use my GI Bill towards my travels,” Blume said.

Next month, Blume will graduate with a degree in international business, however, his adventures are only just beginning, with plans to take on the Appalachian Trail.

“I learned about the Appalachian Trail a couple years ago and was hooked when I found out what it was about and how many other trails there are like it. I figured the Appalachian Trail was a perfect place to start,” Blume added. “I do plan on doing many other long-distance trails as well like the Pacific Crest Trail and the Continental Divide Trail.”

After completing the trail, he hopes to attend an adventure/outdoor education program for two years in Colorado before pursuing a master’s degree in sustainability studies. His goal is to one day work on trails running cleanup programs all over the world.

“My international travels are far from over,” Blume said. “I really want to visit Panama and South Africa next. Then I would just need to visit Antarctica and I would have visited each continent.”