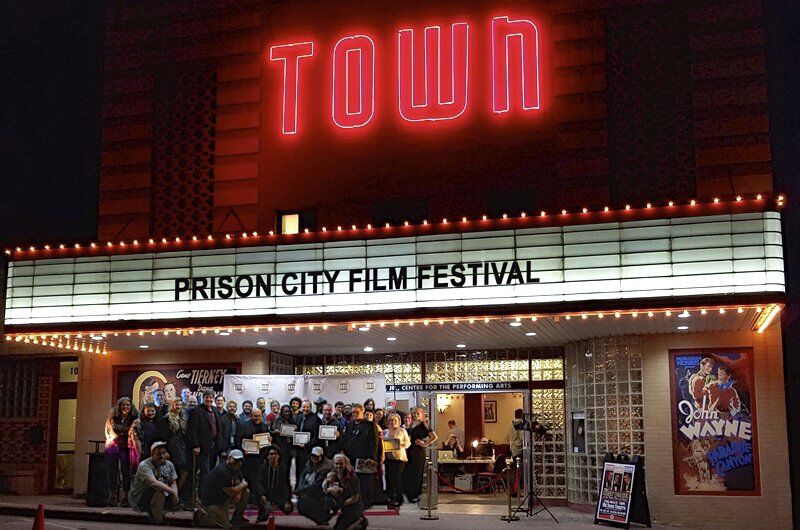 SubmittedParticipants gather in front of the Old Town Theatre during a prior Prison City Film Festival. The festival will continue at Old Town Theatre in Downtown Huntsville through Saturday. 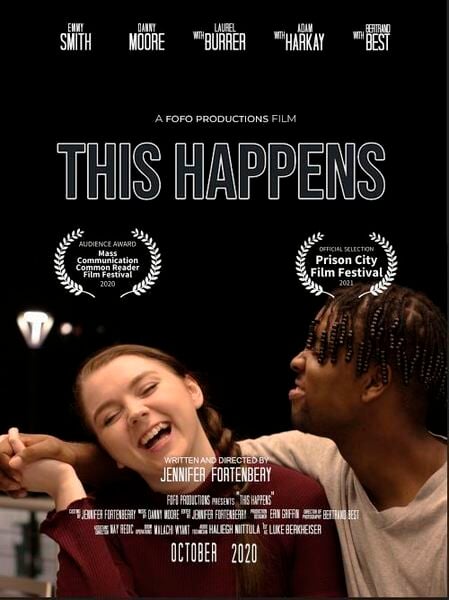 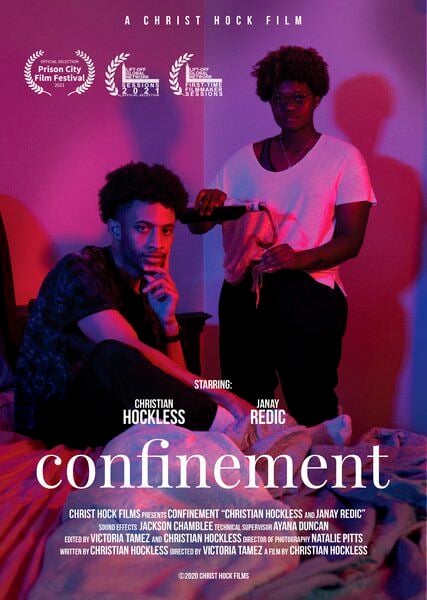 SubmittedParticipants gather in front of the Old Town Theatre during a prior Prison City Film Festival. The festival will continue at Old Town Theatre in Downtown Huntsville through Saturday.

Filmmakers from around the world descended upon the downtown square Wednesday to kick off Huntsville’s Prison City Film Festival for its fifth year. The four-day event will feature films from different categories at the Old Town Theater, with networking mixers at nearby businesses for industry creatives. Today’s scheduled event will be showing student films, the largest entry category for the festival, and will feature some of Huntsville’s brightest visual creatives.

“Prison City Film Festival is a great thing for Huntsville film makers, and film makers from around the country, so just being accepted into something that’s right in our backyard, it was incredible,” said JaNay Redic, PCFF intern and film and theater student at Sam Houston State University.

Redic will be attending the festival for not one, but two independent student-produced films that she was involved in as actor and assistant director that are up for the Next-Gen Award.

Redic’s passion for storytelling began at a young age, with a love for reading and being a part of the theater world, learning the ins-and-outs of what it takes to create enthralling characters and stories. Growing up as an African American female, two severely underserved demographics in the film industry, Redic recalls not seeing much of her own representation in the media that she was consuming, and knew that something had to change.

Wrapping up her senior year studying film and television production with a minor in theater, Redic is on a path to create space for those stories to be told.

Confinement, which also received entry to two Global Lift-Off Network categories, and This Happens, which received the audience award for Mass Communication Common Reader Film Festival in 2020, were filmed in Huntsville over the course of a week each. Both stories explore very realistic and intimate views of relationships that may not necessarily end in a rainbow-laden happy ending.

“A lot of times in ‘Hollywood,’ it kind of idealizes and puts this super easy relationship up on a pedestal where the couple never argues, or they’re both super perfect for each other and they end up together happily ever after. Often times, we as consumers, we go to see movies because we want to escape from the real world, but sometimes we have to be put in that uncomfortable position where we have to see that,” Redic said. “Not everything is perfect, the couple doesn’t always end up together at the end of the day, something doesn’t always work out or someone can do something wrong that can mess up a relationship.”

Redic understands that film and media can have a strong influence on the way people perceive how real life should be, creating a picturesque, yet false view that can create an unhealthy and unattainable idea of what relationships should be like for viewers.

“It’s not just always rainbows and sunshine, so I definitely felt drawn to these projects because of the fact that it was something that showed another side of relationships that wasn’t usually shown,” Redic said.

Confinement serves as Redic’s acting debut, co-starring as a young woman named Frankie who struggles with alcoholism. The film follows her partner, Robby, as he finds his way out of their toxic relationship, opening up a plot line that explores topics such as understanding what it’s like to be alone, what it means to be in a relationship with another person and how to show love for another.

While Redic is passionate about bringing stories like Confinement to life through acting, her passions lie in directing, where she can be more heavily involved in making creative decisions to bring an overall vision to fruition.

As assistant director in her second PCFF entry, This Happens, Redic helped tell the story of a young man whose apartment burns down, forcing him to live with his best friend who he happens to have been in love with his entire life.

“There’s this entire aspect of her being in love with another guy who doesn’t exactly treat her the best and him trying to not only hide his feelings for her, but also trying to be there for her, even though he understands that their relationship couldn’t really be more than friends,” Redic said. “Also while trying to deal with the fact that his apartment did burn down and he no longer has anywhere to live.”

Leigh Henderson Cox, Jr., 95, died peacefully on April 8, 2021 after a fall and brief illness. Leigh was born in Huntsville, TX to Leigh and Jewel Cox. He attended Rice Institute where he earned both his bachelors and master's degrees in Mechanical Engineering. During WWII, he served in the …

Nolan will lie in state from 11:00am to 6:00pm on Wed. April 14, 2021 at Sam Houston Memorial Funeral Home in Huntsville, TX. Graveside services will be on Thurs. April 15 at 10:00am at Pioneer Cemetery in Riverside, TX. Procession will depart from the funeral home at 9:00am.