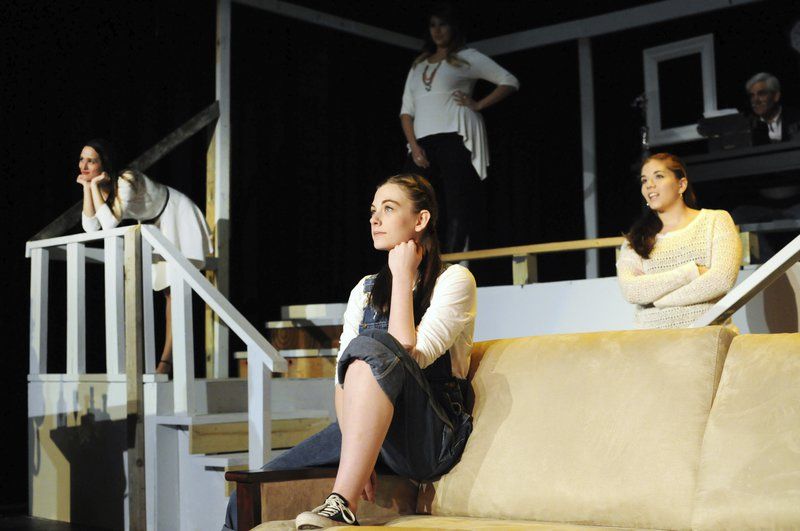 Members of the cast of "Jake's Women" are shown during the opening scene of the play last Thursday. "Jake's Women" opens on Friday at the Huntsville Community Theatre and tickets are available. 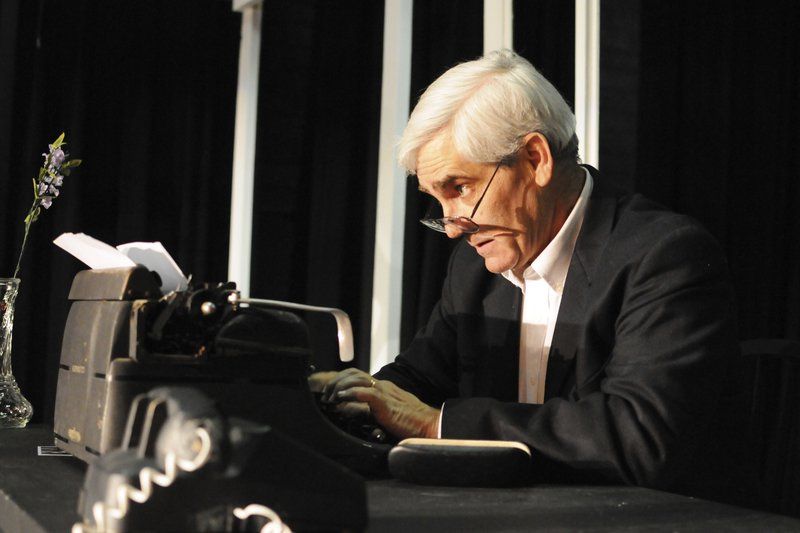 Dan Stansbury, who plays the lead role of Jake in "Jake's Women," is shown during a rehearsal scene last Thursday.

Members of the cast of "Jake's Women" are shown during the opening scene of the play last Thursday. "Jake's Women" opens on Friday at the Huntsville Community Theatre and tickets are available.

Dan Stansbury, who plays the lead role of Jake in "Jake's Women," is shown during a rehearsal scene last Thursday.

Actors and members of the Huntsville Community Theatre have been hard at work for months perfecting their lines, dialogue and preparing the set for the debut of “Jake’s Women,” which opens on Friday at the Old Town Theatre.

Partly psychotic and often heartfelt, Jake interacts with the women of his past, present and future while trying to sort out his life’s goal as a productive writer.

With senior Sam Houston State theater education major Jacob Foster at the director’s helm, the play is set to be a youthful take on Simon’s historically refined and sensible writing style.

“I had never been a big fan of Neil Simon because his work appeals to a much older crowd, but I actually dug in and did some research on the show and this is one of his most fascinating productions that deals with a man going through a psychological crisis,” Foster said. “While most of his shows are based off of realism, this one is based on an abstract or a mental aspect, which makes it interesting.”

Originally from Klein, Foster received his associate degree from Lone Star College in Tomball where he was bitten by the directing bug early on. He transferred to Sam Houston State as a public relations student but quickly changed back to his first love — theater.

“This is the longest show I’ve ever directed,” Foster said. “Usually, I do shows that are around 50 to 60 pages and this one is around 100 pages long, so it’s been an experience. Casting was fairly difficult because we only had one male audition and it was a blessing that the male that did audition was the perfect age, size and height and he correlates so well with the show.”

With “Jake’s Women” offering seven spots for female roles, Foster sorted through more than 20 solid candidates to make up the core group of his show, noting that he cast the people who he knew he would work well with.

As the lead role, the actor who plays Jake is the centralized figure who spends his time writing and passing through various stages of psychosis on stage. A conflicted man from the very first scene, Jake has trouble sorting out which parts of his memory are real and which are imagined, leading to both touching and often humorous scenes throughout.

“It’s been a very interesting experience,” chuckled Dan Stansbury, who plays the role of Jake. “I’ve got seven kids and three of them are daughters, so estrogen has never been a problem. I’m on my second marriage after my first wife passed, and (Jake) is also a widower, so there is a lot there to relate to for me.

“I understand what it means to lose a wife. Not exactly like Jake, as he lost his wife when she was very, very young and me and mine had 18 years together, but I can tell you that it doesn’t get any easier. What I like about the character is that he very easy to relate to and that Neil Simon wrote it so well that he almost wrote himself into the play.”

With no walls on the stage and a minimalist design for the set, the stage operates in a semi-dreamlike scene, asking the audience to insert some of their own imagination into what’s happening onstage. The characters drift in and out of each scene, lending a bit of chaos or comedy into Jake’s life as they see fit.

“I really like my part because she’s both a real life person in the play and also a part of Jake’s memory,” said Holly Page who plays Jake’s second wife, Maggie. “I almost feel a little schizophrenic to play all these different types of Maggie and it’s been a really good exercise and a challenging role. There’s so much here, there are laughs, tears and everything in between. I think it’s going to grab everyone’s attention and be a thrill ride all the way through.”

“My goal as a director is to have the audience escape for two hours, to have them not focus on their busy day for a while and just enjoy a nice night at the theater,” Foster said. “Everyone should come and see it, this is going to be a great show.”

For more information on tickets and the full cast list, call the Huntsville Community Theatre at (936) 291-7933 or visit www.huntsvillecommunitytheatre.org