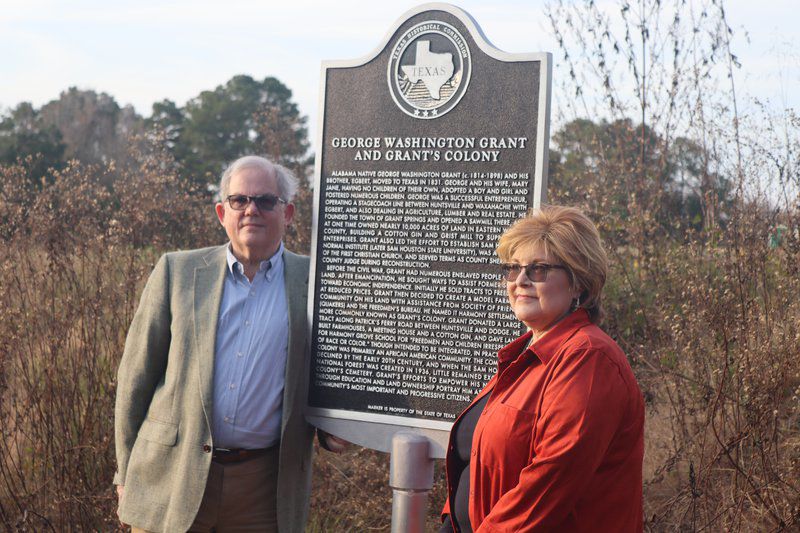 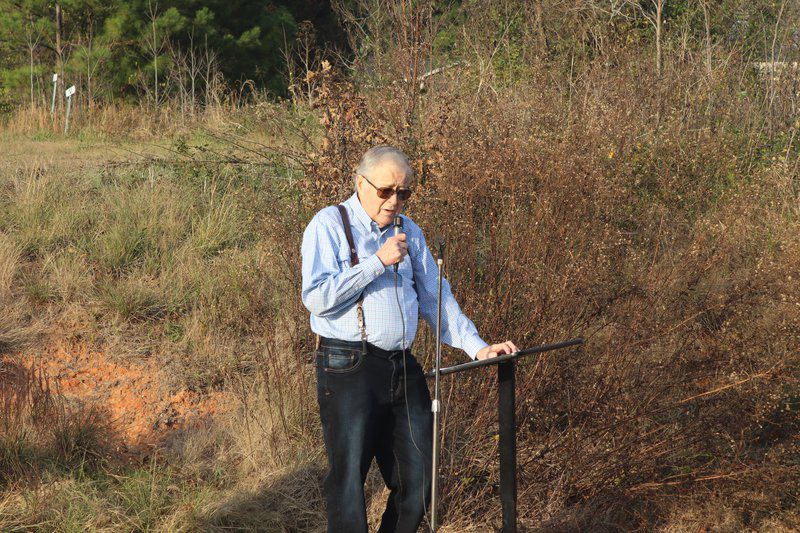 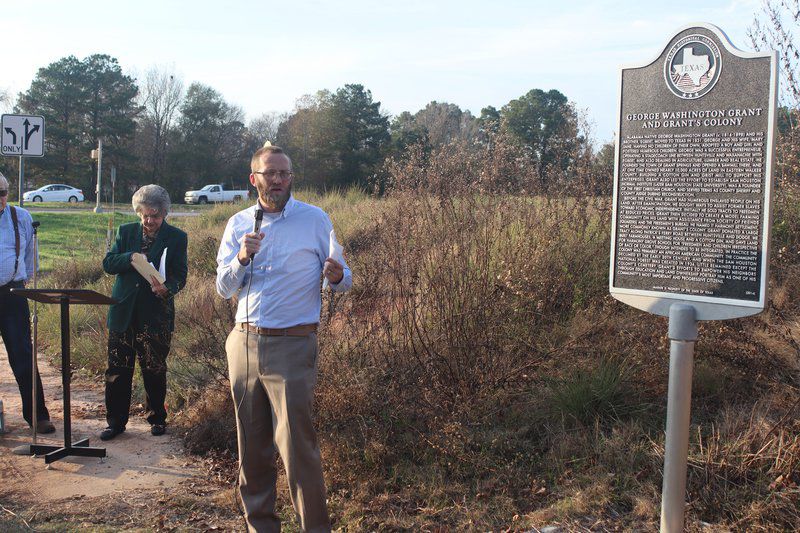 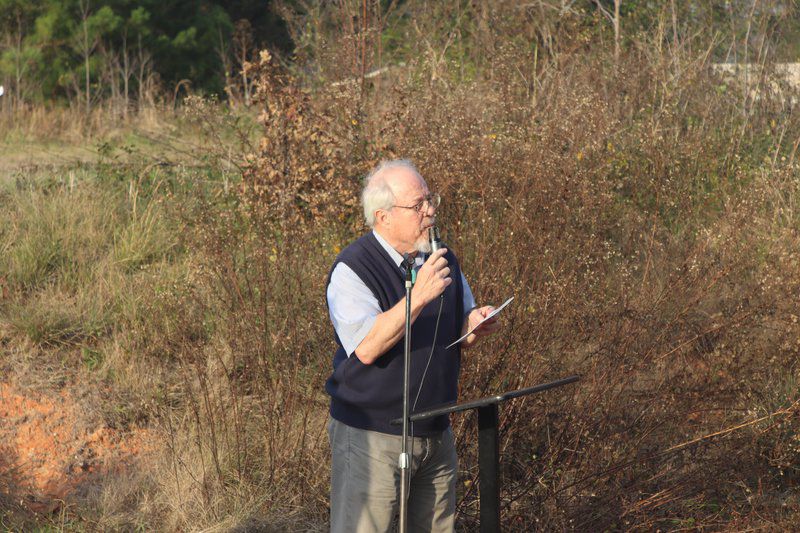 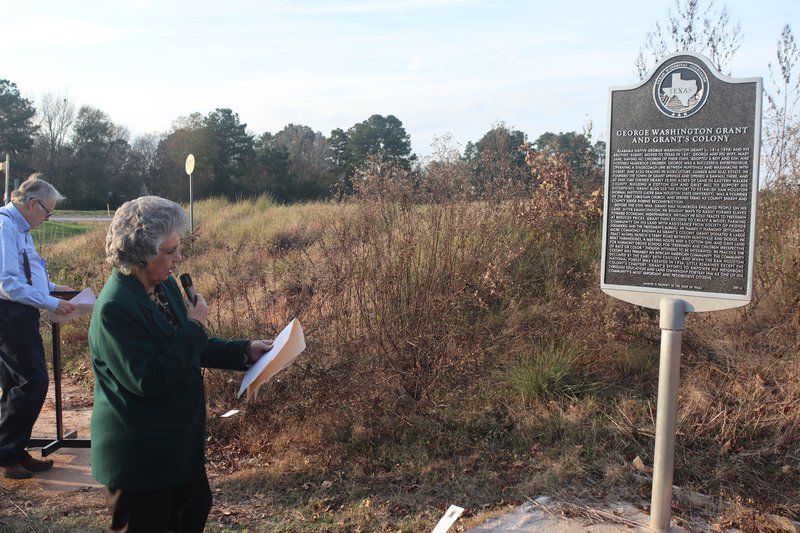 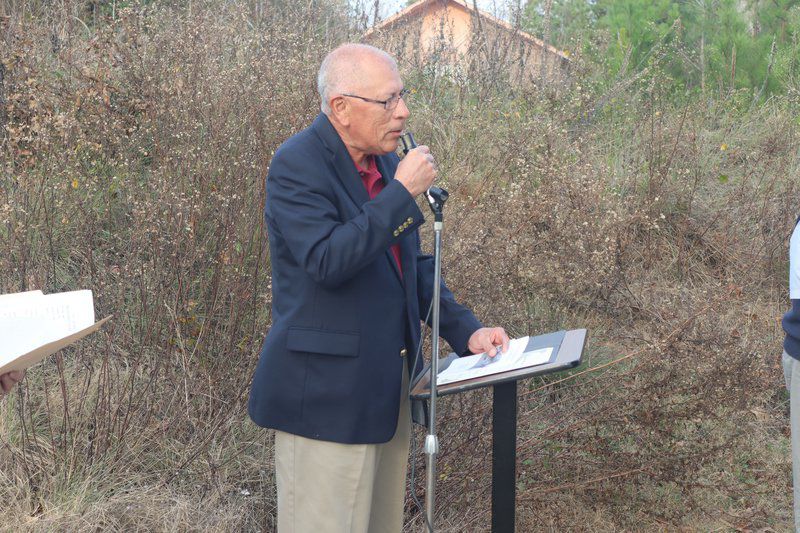 Officials from the City of Huntsville and members of the Walker County Historical Commission, along with private citizens gathered to dedicate a historical marker to George Washington Grant at the intersection of State Highway 19 and Old Colony Road.

Grant’s marker was the fifth historical marker designated in 2019 in Walker County and the third this year from the under-told stories program of the Texas Historical Commission.

“Grant’s legacy is heavily intertwined with education and faith in Huntsville,” city of Huntsville councilman Joe Rodriquez said. “He was instrumental in bringing the Sam Houston Normal Institute to Huntsville and establishing a library in the Huntsville “Walls” Unit. He believed everybody had the right to education and self determination. He was also the catalyst to establishing the first church in our area.”

Grant was a successful entrepreneur, operating a stagecoach line between Huntsville and Waxahatchie. He founded the town of Grant Springs and at one time owned nearly 10,000 acres of land in eastern Walker County. Grant also led efforts to establish Sam Houston Normal Institute, which would later become Sam Houston State University.

Grant’s Colony was established as a farming community for former slaves, post the Civil War. The colony was primarily an African American community, and declined by the early 20th century.

“Grant believed in giving everybody a fresh start, regardless of their skin color or their history,” Walker County Historical Commission chairman Tom Rogers said. “Grant is an example of how as a society we should treat one another and he showed the true meaning of freedom.”

Grant and his local impact have been largely lost to history, but he was close to many influential historical figures, including Sam Houston and Joshua Houston, who he employed along his stagecoach. His dedication to education and advancement also led to colony resident Richard Williams becoming the first African-American state representative for Walker, Livingston and Polk Counties in 1871. His work also led to Richard’s brother David becoming the first African-American in Walker County to earn a teaching certificate, and he would return to teach at the Colony Grove schoolhouse.

“I believe that Grant has been forgotten to history largely because what he did in empowering African-Americans following the Civil War in reconstruction was very unpopular,” Walker County Historical Commission marker committee member Lee Murrah said. “Grant received a lot of animosity from the community and was laid to rest in an unmarked grave. I hope this marker will help rehabilitate his memory and highlight all that he did for the community.”