Increasing code enforcement efforts, beginning construction of a recreation center and improving city infrastructure are just a few of the goals outlined in Huntsville’s 2020 strategic plan, which the City Council approved at their Tuesday meeting.

The city started the process of updating the strategic plan about a month ago with City Manager Aron Kulhavy holding workshops with city council members and city staff. The areas within the strategic plan which the city expects to focus on are city appearance, communications, economic development, infrastructure, resource development, finance and public safety.

“The strategic plan is meant to serve as a guide for the city staff to develop the annual budget and to provide council with a succinct method of articulating to staff the policy direction of the city of Huntsville, both as a community and an organization,” Kulhavy said.

Details on city appearance in the plan include efforts to beautify the city through increased conde enforcements and the demolition or forced repair to abandoned buildings. Through communications, the strategic plan calls for promotional efforts for the 2020 Census and increase citizen participation at the State of the City address.

In the infrastructure portion, plans include completing all of the projects funded through Proposition 3 (water and sewer infrastructure) of the 2016 bond project, while also completing the design for the Proposition 2 (new city hall and service center) projects. The plan also calls for the identification of short-term projects as outlined in the transportation master plan and determine the feasibility of a public transportation system.

Enhances at Emancipation Park take up a large part of the city’s resource development goals, with missions of completing preliminary architecture for a new MLK Recreation Center, while also budgeting for a new skate park. Other missions within resource development include renewing the lease and/ or selling Raven’s Nest Golf Course and consider the construction of public restrooms in the downtown district.

In finance, the city has set goals of issuing debt for Proposition 2 projects, consider opportunity for approximately $3 million in debt fall off in the general fund and contract with an outside firm to audit the hotel/ motel tax revenues.

The public safety portion of the strategic plan includes a goal of 90% completion on Proposition 1 (new police and fire state) projects and entering into an agreement for animal shelter services.

The full strategic plan can be viewed below. 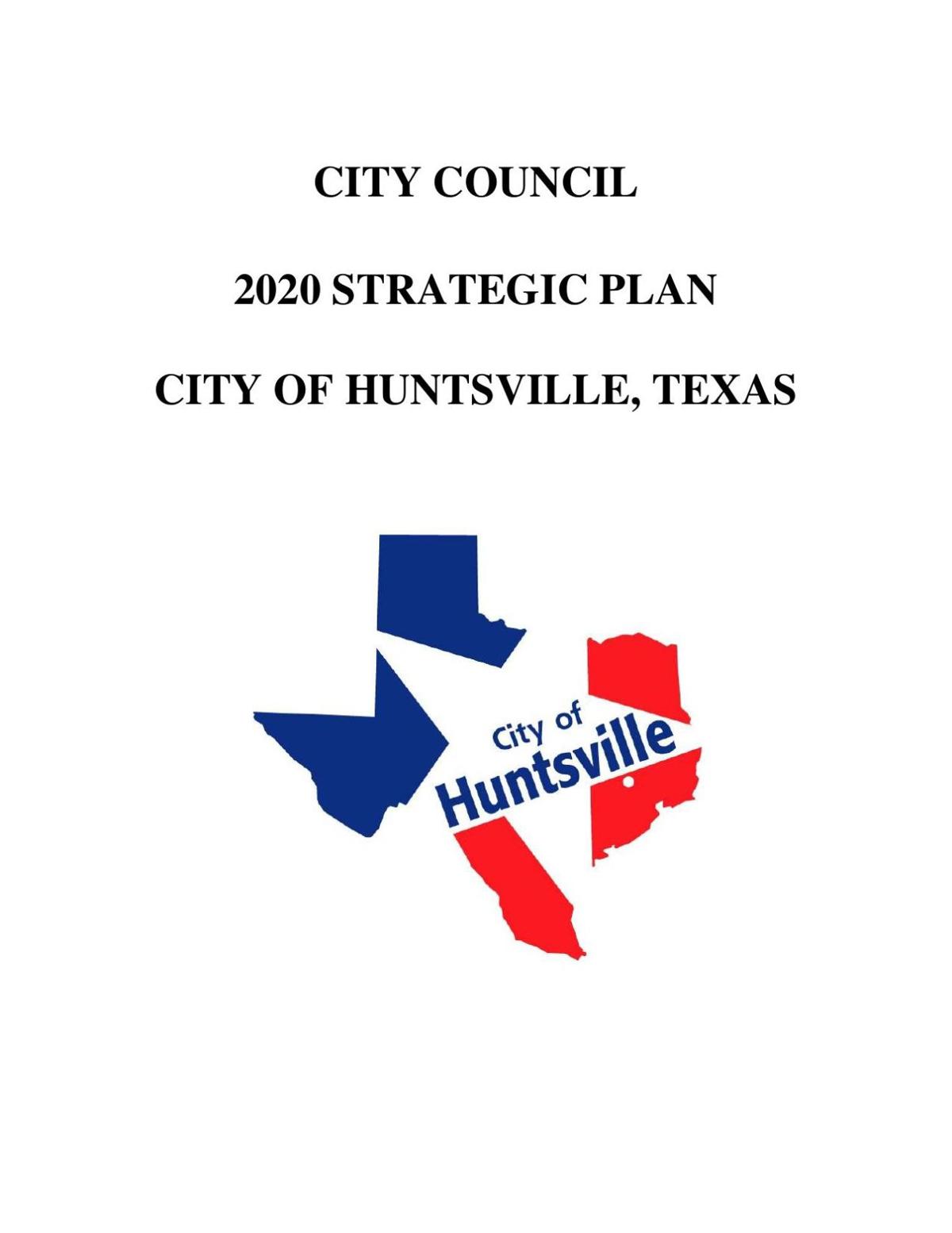