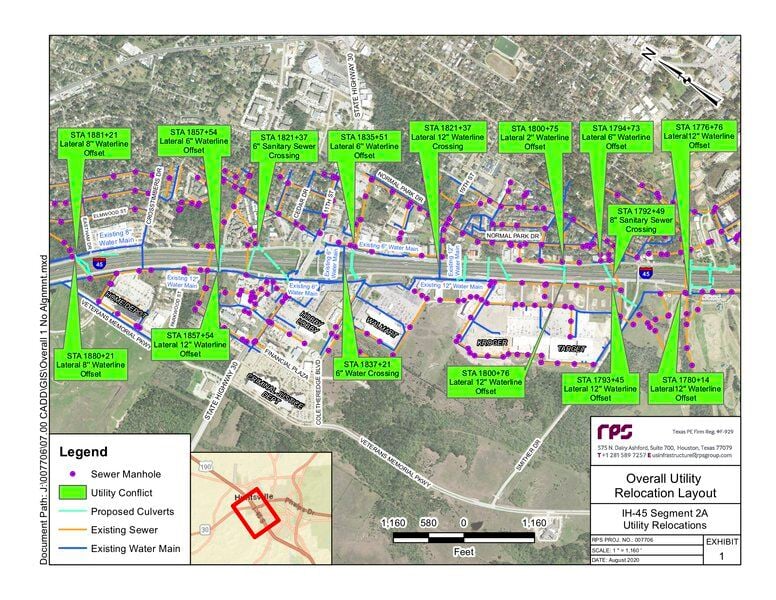 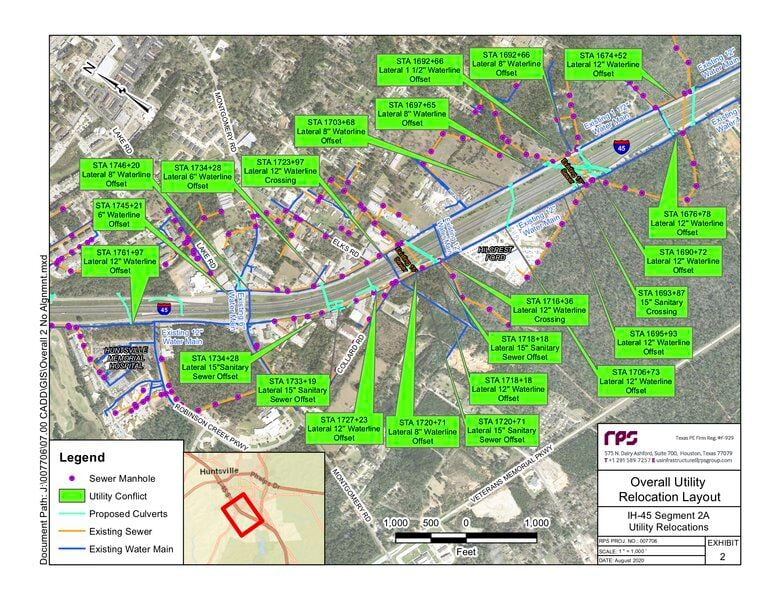 Interstate 45 expansion is about to begin through the city of Huntsville.

As expected, the Huntsville City Council voted unanimously Tuesday to approve a utility agreement with the Texas Department of Transportation for relocating water and sewer lines along and across the interstate.

In addition to approving the utility relocation, the City Council also approved the up-sizing of water and sewer lines in several locations to accommodate future growth at a fraction of the cost. The $6 million relocation design and construction will be funded by TxDOT, while the city will be responsible for $800,000 towards the up-sizing.

“Utility lines under and along the interstate are part of TxDOT’s responsibility to replace when they expand the interstate, so this is a wonderful opportunity to upgrade some of our utilities,” Mayor Andy Brauninger said.

The city has already set aside $1.1 million in the last two fiscal year budgets to meet the city’s share of design and construction costs for up-sizing the utility lines. The city will bid the utility relocation later this month, with an anticipated construction date in December or early January. Construction duration is estimated to take approximately 200 calendar days, and will lead up to TxDOT beginning the project in mid-2021.

In other business, council members opted to table a request from Sam Houston State University that would allow the university to reclaim untreated wastewater for it’s newly constructed reclamation plant.

The plant, which has not yet been put online, ran into speed bumps in the permitting phase. According to the Texas Commission on Environmental Quality, the plant needs to be managed and operated by the city of Huntsville under the existing permit for the A.J. Brown Wastewater Treatment Plant.

However, it is still unknown if the city will be required to own the facility.

“There are a lot of unknowns to how the plant is going to be operated and the manpower that will be needed to run it. We don’t know how much chemical it’s going to use and how much we will have to check on it each day,” said Brent Sherrod, the city’s director of public works.

“There are some questions that we don’t know the answers to, and won’t know those answers until the permitting process with TCEQ,” city manager Aron Kulhavy added.

Council members opted to delay the request, with many stating that they were uneducated on the matter.

“I look at this as being a very big leap,” Ward 2 council member Russell Humphrey said. “I’m a little nervous about going into another agreement with the university on something we are still unclear on. I think we have to have all our ducks in a row before this comes to us.”

Officials have said that the small plant will process nearly 37,000 gallons of wastewater per day for the university, but it’s main purpose will be to serve as an educational device.

Other action taken by council included:

• renewal of an agreement with Montgomery County Municipal Utility District No. 8 and No. 9 that provides the entities the option to purchase water from the city.

• approving the annual maintenance agreement with Tyler Technologies for finance and public safety software in the amount of $110,127.

The next scheduled meeting of the Huntsville City Council is scheduled for Oct. 20.