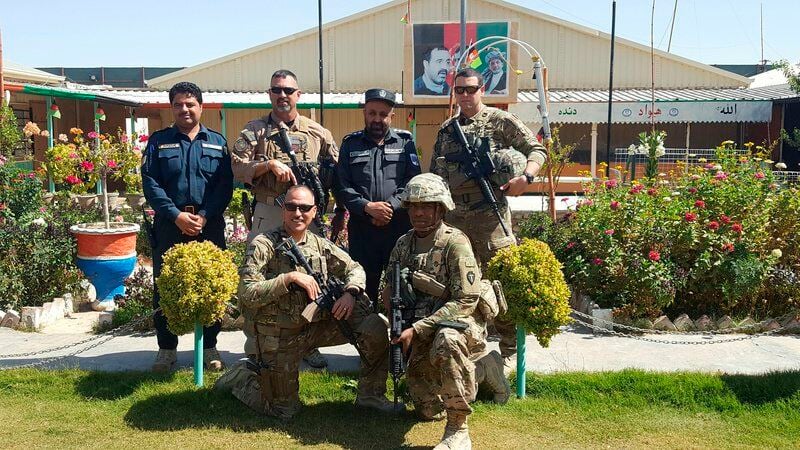 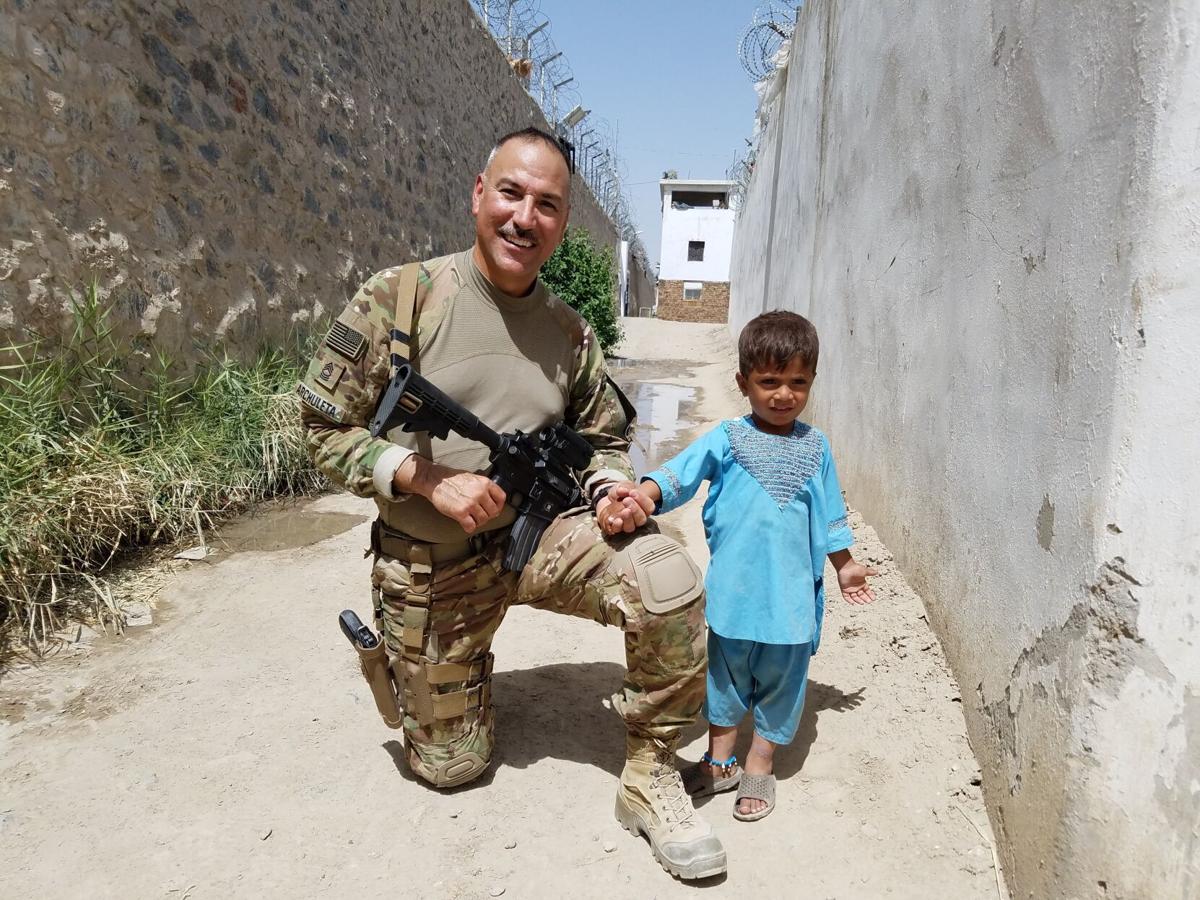 HUNTSVILLE — The anniversary of the Sept. 11 attacks has always been a solemn day for America.

However, as the 20th anniversary is finally here, amidst the chaos of the residual aftermath following the United States’ recent withdrawal from Afghanistan, veterans who served in the U.S.’s longest war are left at a loss.

The anniversary is an especially emotional feeling for Huntsville native, Albert Archuleta, as the Taliban has now reclaimed the country where he was stationed just three years ago.

“What we saw and what I always feared was that once we pulled out, the Taliban gained momentum, and now that they have that momentum rolling, now that they have ISIS-K and all of these other terrorist groups joining them, what’s to say they won’t build up such a force that they’ll be back here in America?” Archuleta said.

Archuleta was pursuing his degree in education at Sam Houston State University and working as a bus driver when the Sept.11 attacks took place 20 years ago.

A Texas National Guardsman since graduating from Huntsville High School in 1993, Archuleta was mobilized by homeland security to Arkansas the following spring, to serve with the Texas National Guard in Operation Noble Eagle. His unit was tasked to protect a weapon arsenal in a remote area, guarding the perimeter with bunkers and machine guns, in the case of enemy invasion.

From the start, it was a war unlike any other, not only in the enemy that was faced but also in the tactics used. As the country had always engaged in trench-style warfare, Archuleta was trained with tactics reminiscent of Korea, Vietnam and post-era WWII, but soon found that the Taliban intended to fight by different rules.

“That was the only training doctrine they really had, so when Sept. 11 happened and we had this new enemy coming from the Middle East, it changed the military forever,” Archuleta said.

Glimpses of the Middle East’s guerrilla-style warfare were first visible as the U.S. simultaneously began its main push into Iraq, sparking anxiety as his team became aware of how underprepared they were for what might come.

“We were hearing about stuff like IEDs, and you’re hearing about suicide bombers, vehicle born IEDs, nobody had any tactics or training for that,” Archuleta said. “So it was very high and intense at that time because the fact of the Twin Towers being collapsed by the terrorists was still fresh on our minds when we were doing that mission. That’s when we’re thinking like, what’s going to happen here, what do we do?”

Archuleta’s team was eventually relieved of guard duty and he returned home to teach in Huntsville ISD. He started a family and intermittently served in hurricane and flood duties, as well as deployed to Iraq for detainee operations. He went on to earn his master’s degree in education administration and achieved his dreams of becoming a vice-principal at Scott Johnson Elementary.

Never did he think since serving in Arkansas, that he would be mobilized to Afghanistan, but shortly after taking on his new vice-principal position in 2017, he received the call for deployment with just five days of notice.

“It was the strangest thing in the world,” Archuleta remembered.

Archuleta was a part of a group of 64 Texas National Guardsmen, hand-selected based on their skills sets, seniority and education, to lead specialized task forces that worked with Afghans to strengthen their resistance to the Taliban. While some soldiers worked with specialized army artillery, intelligence and cyber command, Archuleta served on a five-person team with the Afghan Civil Order Police, going on missions to advise senior Afghan officers on how to strengthen their forces.

The goal was for them to provide police and advanced military training for A-COPs to be able to keep their communities safe in the way police in the United States are tasked to do, while also protecting their communities from the Taliban. He additionally organized backpack missions, donating backpacks filled with supplies to Afghan schoolchildren, a memorable endeavor for the educator in him.

The job was highly honorable and rewarding for Archuleta, especially being the note that he ended his military career on, however, it was stressful being thrown into the chaotic environment of the Middle East.

“The enemy we’re fighting now, they don’t go toe-to-toe with us as we did in Vietnam, WWII, WWI, Korea … Now, the way they fight, is a coward’s tactic where they will take women, children, a car, put a bomb in it and have them detonate in front of all of the soldiers,” Archuleta said.

Sleeper cell Taliban soldiers infiltrated their training courses, attacking his team and making it difficult to know who he could trust, while the threat of IED bombings lingered in the chaos around him.

“That was one of the hardest things about being an Iraq and Afghan veteran, is the surroundings because of the way they fought. You wouldn’t know if someone was sitting next to you with a suicide vest on, taking you out,” Archuleta said. “At least in other wars you went home, you got ready, you went looking for the enemy and they were well away from you, but here, you’re mixed in with the population and that’s what’s hard.”

“I think that was the hardest thing for a lot of the leadership was they did not know or understand this enemy, but we were learning that for every countermeasure we were making on them, they were counteracting it and doing something back to us,” Archuleta said.

Archuleta returned home in 2018 and retired from the Texas National Guard that December, after 25 years of service, though he still looks back at the people he left behind, especially now that the Taliban has reclaimed the country.

“When you go into the lives of the Afghans, live with them, eat with them and just hear how much they appreciated you, how much they want the Taliban to be taken down as much as us when you saw the kids growing up and just cheering when we go through villages on backpack missions. … That was really surprising and really rewarding to be in a country where that population was so appreciative, so thankful that you’re there and, of course, what’s taken place recently really emotionally hurts and doesn’t sit well with me because I worry about the interpreters,” Archuleta said. “You worry about those Afghan citizens, you worry about those that did highly favor and welcome America and I wonder what’s happening to them now."

Working closely together for day-in and day-out for a year, Archuleta formed strong bonds with his interpreters and police, though for his family’s safety and theirs, he opted to not keep in touch with his Afghan contacts. As many trusted Afghan interpreters remain left behind from the recent U.S. withdrawal, Archuleta worries that they have been left susceptible to capture and torture.

“A lot of those interpreters, we should have done a better job protecting them, providing them a haven or something, because, with all of the missions throughout all of the years, they hold a lot of information inside of them,” Archuleta said.

The United States continues to maintain troops and bases in nations around the world, patrolling, keeping the peace and assisting in countering terrorism, through the Global War on Terrorism, initiated by George W. Bush following the 9/11 attacks.

“Why can’t we just do the same thing there, keep a contingency of NATO troops there, keep a thumbhole, keep our intelligence people there, so that we can continue to prevent Sept. 11 from happening all over again?” Archuleta said.

“Look at the data, we have not had another Sept. 11 happen since we were there, we were able to establish a foothold with a good intelligence group there that monitored traffic, that was in constant communication with the U.S.,” Archuleta said.

The last American troops were deployed from Afghanistan on Aug. 30, signaling the controversial end of the 20-year U.S. Afghanistan war.

“One thing that hurts me is a lot of Americans have forgotten the story of Sept. 11,” Archuleta said. “I’m not hoping people live in regrets or see reoccurring pain, but we can’t forget what took place so that we can learn from that and prevent it from happening again.”