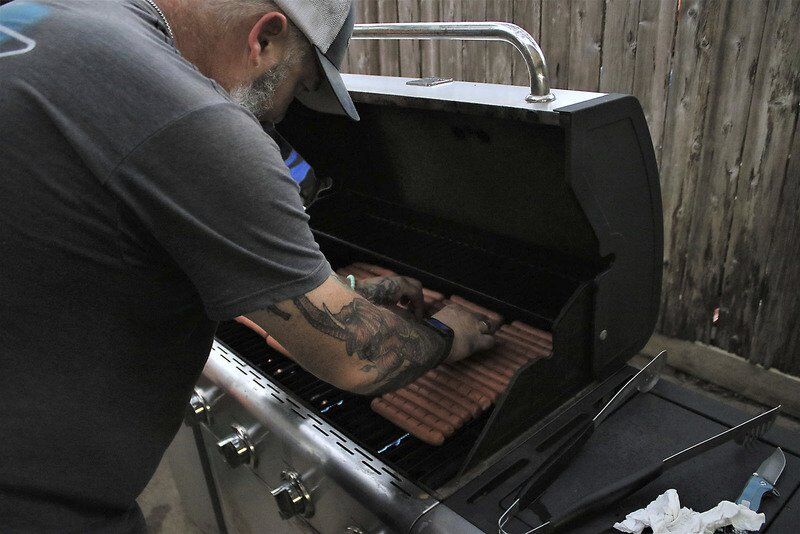 SubmittedJason Jensen keeps track of the hundreds of hot dogs they cook each year on Halloween. 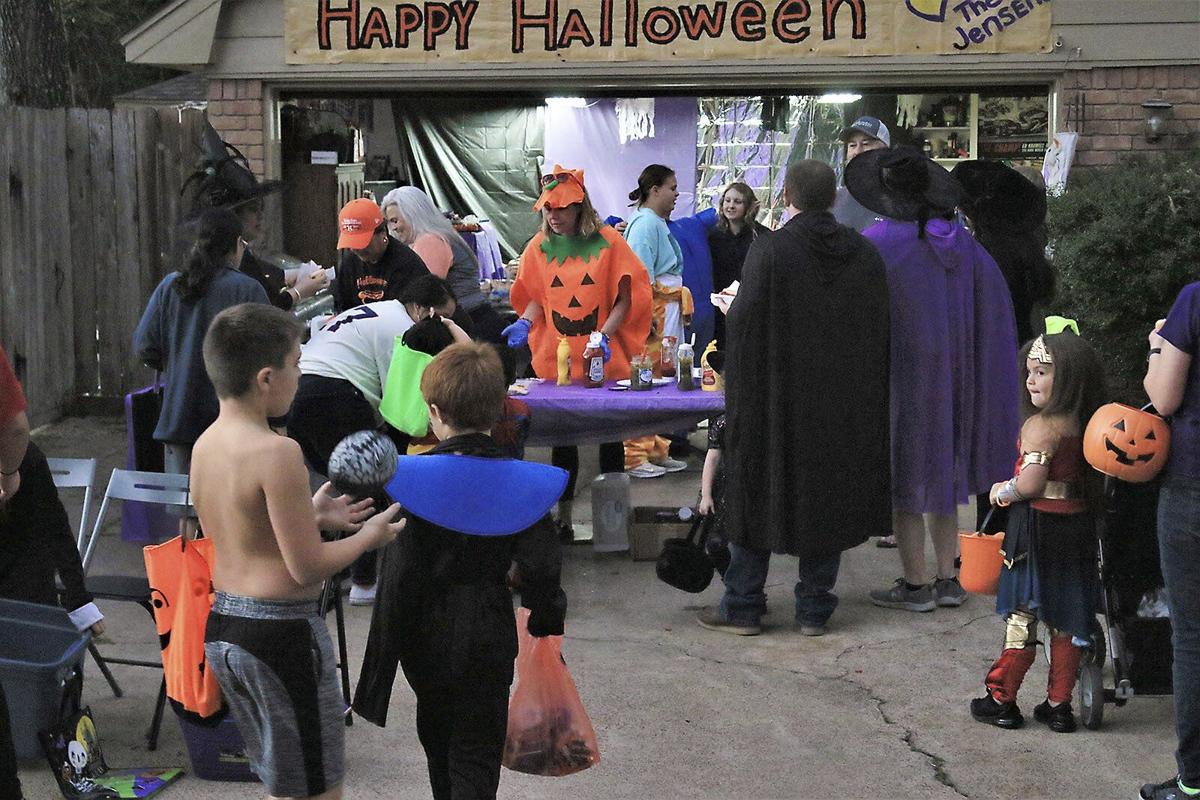 SubmittedEach year for the last decade, the Jensens on Magnolia Way have handed out hot dogs with candy for Halloween. 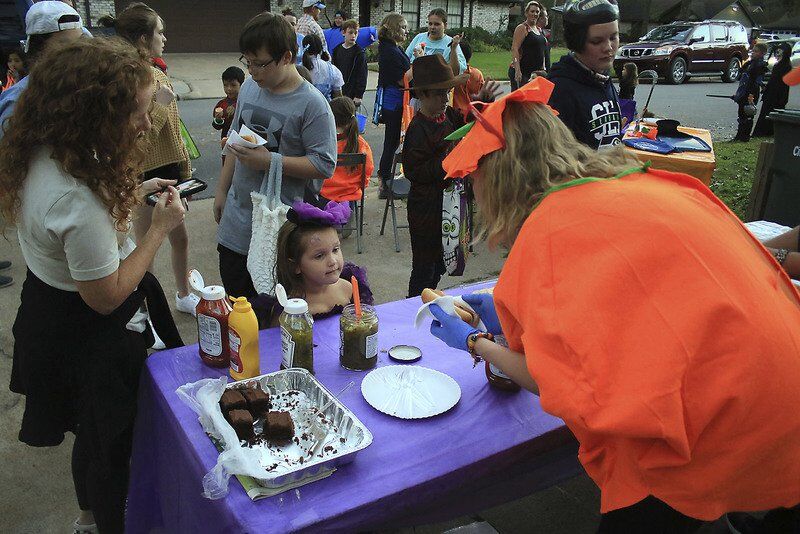 SubmittedFamily, friends and neighbors all chip in to hand out the Halloweenies to the hungry horde.

SubmittedJason Jensen keeps track of the hundreds of hot dogs they cook each year on Halloween.

SubmittedEach year for the last decade, the Jensens on Magnolia Way have handed out hot dogs with candy for Halloween.

SubmittedFamily, friends and neighbors all chip in to hand out the Halloweenies to the hungry horde.

HUNTSVILLE — Candy, treats, costumes, scares — Halloween in Huntsville served up all you wanted on the night of frights.

Every Halloween night for the last decade, Sonya Sanchez and her husband, Jason Jensen, along with their three daughters, decided to ramp up the fun for the community.

“Parents following kids around while they trick or treat would like something to eat other than Tootsie Rolls, so they can come here, we’ll have chairs set up, and a bonfire, and it’s a total block party vibe,” Sanchez said.

Thus Halloweenie Weenies was born, and it has grown to where the family makes a minimum of 1,500 hot dogs in a 6-hour period.

“We had an idea that instead of just candy, let’s give everyone a hot dog,” Sanchez said.

Jensen said they wanted to do something to give back to the community, and it ties together nicely with his wife’s love of parties; Sanchez said hot dogs were on the menu, because they’re fun and easy to eat while you’re walking.

“When she was in college, she was the social chair, so it could be anything where people get together, and she will amplify it,” Jensen said. “So this has gotten bigger every year.”

Sanchez credits friends, neighbors and families for pitching in their time, supplies and skills each year.

“We asked the neighbors if they wanted to participate; and it kind of blew up from there,” she said. “Most of the neighbors pitch in; people bring in dips, chips, and everyone brings at least two bags of candy. We put the candy in two big buckets for the kids to hand out and we just started cooking.”

Sanchez said the event is taking on a life of its own, and every year they begin to find things as Halloween gets closer; hot dogs outside of the door, bottles of ketchup on the sidewalk.

This year, they bought 1,500 hot dogs, which is about standard. Jensen said that the first year, with help from the mayor at the time, they gave away 300 hot dogs. It’s gone considerably higher since then; Jensen said there have been some years they’ve prepared 2,500 hot dogs.

Even with the COVID-19 pandemic last year, the Jensens still gave away 500 franks. Even when it was raining in years past, the dogs flowed.

Sanchez said the event has its own reward for her.

Visitation is at 9:30 am on Thurs. Dec. 2, 2021 at Northside Baptist Church in Huntsville, TX, with services beginning at 10:30 am. Interment will follow at Mayes Addition of Oakwood Cemetery.