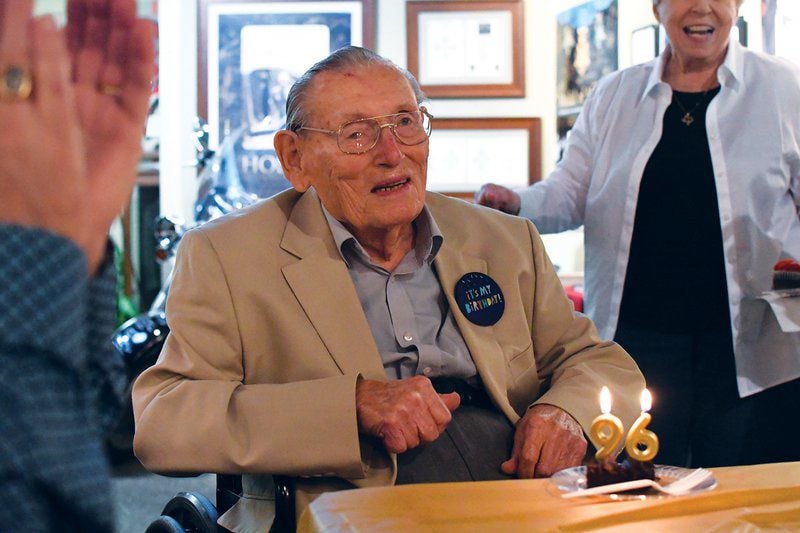 Michelle Wulfson | The ItemLocal WWII veteran Jerry Nemec was honored by The Commissioners Court of Walker County designating his birthday, Feb. 3, to be Jerry Nemec Day in Walker County. The dedication comes in recognition of his many contributions to Walker County and the state of Texas as an area engineer for TxDOT. 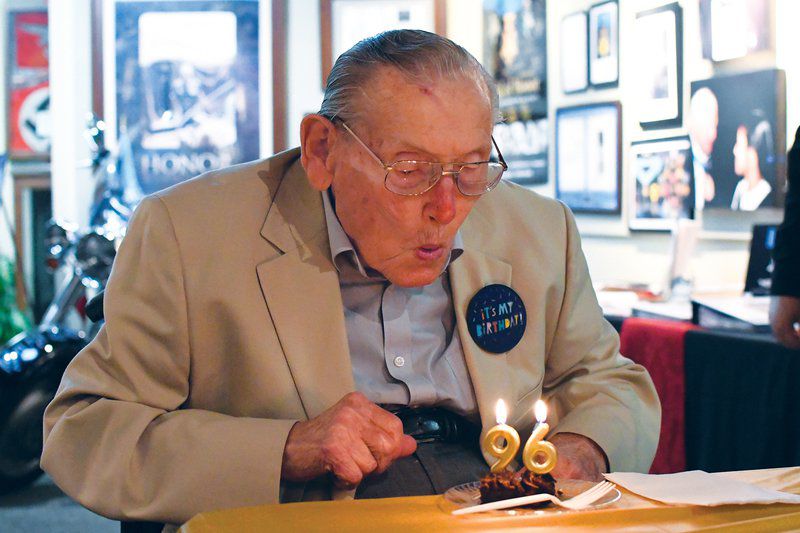 Michelle Wulfson | The ItemLocal WWII veteran Jerry Nemec was honored by The Commissioners Court of Walker County designating his birthday, Feb. 3, to be Jerry Nemec Day in Walker County. The dedication comes in recognition of his many contributions to Walker County and the state of Texas as an area engineer for TxDOT.

The dedication comes as recognition of the World War II veteran’s innovative contributions as an area engineer for the Texas Department of Transportation, forever changing the way we traverse the Lone Star State.

After a three year career serving in the Fifth Air Force with the U.S. Army in the Pacific, Nemec returned home to be discharged, moving forward with dreams to change the transportation infrastructure of communities across the state of Texas.

He was one of the first students to be enrolled under the G.I. Bill of Rights at Texas A&M University in College Station where he pursued a degree in structural civil engineering.

Growing up on a farm in Milam County, Nemec helped his father to build sheds, barns and small houses, inspiring him to use his knowledge base and experience to gain a formal education and pursue a higher level work outside of his family’s farm.

Nemec aspired to work for the government and large corporations with a higher demand for work and higher pay. Following his graduation, Nemec took to work for the Texas Highway Department, now TxDOT, before moving to Fort Worth where he worked for an independent contractor changing the path of the Trinity River which ran through the middle of the city causing flooding and damage.

With the aid of his team, Nemec implemented a levee system redirecting the flow of the Trinity River to run around the outside of the city. The river was increased in size from 80 feet in width to 450 feet, maintaining the same depth as before. With the help of a host of other contractors, the railroad and river bridges were raised, new bridges being added in select places before the project was considered finished.

“It’s still considered one of the most expensive jobs that the Corps of Engineers approved in the United States and it’s worked like a charm,” Nemec said.

His career carried him on to work on the Red River in Oklahoma before he was contacted again by the Texas Highway Department with a new project in need of his expertise. Nemec was asked to return to the area to design and oversee construction of a 120 mile stretch of I-45 from the Montgomery county line to Corsicana. The project enabled easy connection through Huntsville from mega-cities Dallas and Houston, easing traffic and increasing tourism benefiting the economy.

Nemec continued developing the transportation infrastructure of Huntsville and Walker County throughout his career as an area engineer for the Texas Highway Department, designing the county’s roads and bridges we traverse daily.

“Almost all paved roads were reconstructed or constructed in Walker County by me and by my engineers,” Nemec said, adding that he drew-up and developed many buildings in the area as well, such as the H.E.A.R.T.S. Veterans Museum and Creekside Retirement Community.

After retiring from the Texas Highway Department in 1985, Nemec continued his 30-years of service as a consultant engineer for Walker County from his retirement until recently in 2018.

Reflecting back on his service and long career that enabled the flourishing development of communities across the state, Nemec remains humble.

“I don’t claim that I’m better than anybody else, I’ve just been in the right place, at the right time and jumped on whatever was available,” Nemec said. “It’s better to be lucky than smart, and I’ve been lucky that I’ve always succeeded at whatever I tried.”