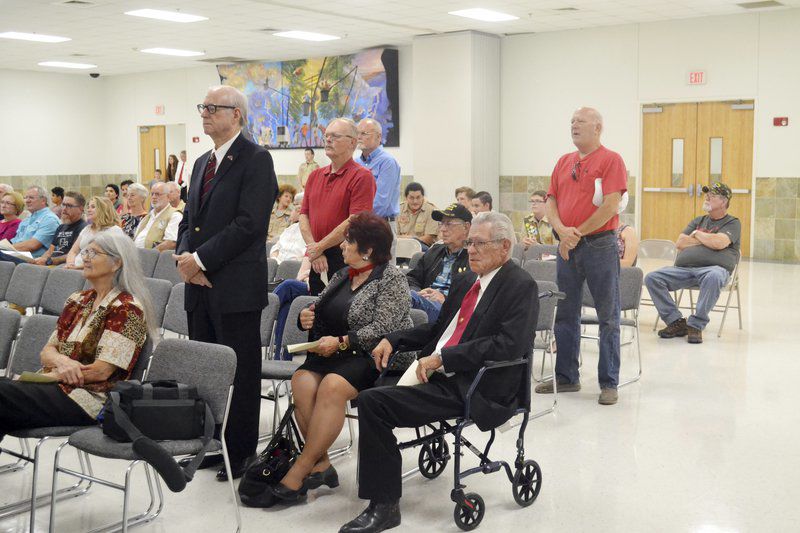 Marissa Nunez/The Huntsville ItemVeterans stand to represent and pay tribute to their respective branch during a performance of the “Armed Forces Medley” by the Huntsville Men’s Choir during the annual Memorial Day Program at the HEARTS Veterans Museum. 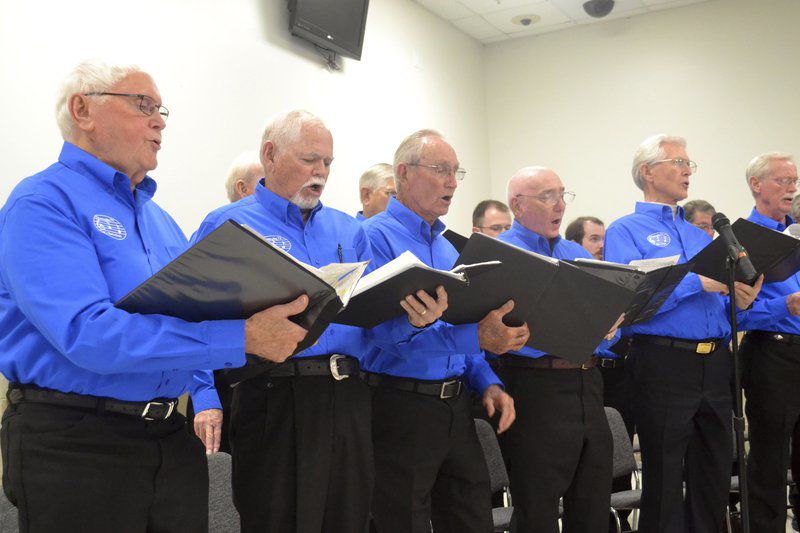 Marissa Nunez/The Huntsville ItemVeterans stand to represent and pay tribute to their respective branch during a performance of the “Armed Forces Medley” by the Huntsville Men’s Choir during the annual Memorial Day Program at the HEARTS Veterans Museum.

Memorial Day has become synonymous with barbecues and relaxation, but the HEARTS Veterans Museum wants to remind folks what the day is truly about.

The museum will be hosting its annual Memorial Day service Monday at 7 p.m. in the Veterans Conference Center, located at 463 State Highway 75 N., to honor the men and women who have died while serving in the U.S. Armed Forces.

The event is free and open to the public.

“We have lost over a million young men and women in wars for liberation, and we’re still losing them. They are the ones out there trying to preserve our freedoms, and that is what this is all about, to remember the ones that have lost their lives,” local veteran and museum volunteer Norman Ward said. “We’ve always done a program on Memorial Day so that everyone can be here and say their thanks to everyone who has given that sacrifice.”

Lt. Col. David Yebra, a U.S. Army veteran with over 20 years of service, will be the masters of ceremonies and Brig. Gen. Richard W, Mills, a former commanding officer for U.S. Special Operation Forces, will be the keynote speaker.

A 1974 graduate of Sam Houston State University, Mills served his country for 32 years. For 27 of those years he served as a U.S. Army Special Forces officer, obtaining the rank of Brigadier General — possibly the first to have attended all four years of Sam Houston State ROTC — while serving in and commanding U.S. Special Operations Forces.

Since his retirement from the army, Mills has been actively involved in supporting scholarship programs that benefit members of the Bearkat Battalion and was instrumental in the establishment of the Military Science Alumni Club of the SHSU Alumni Association and serves as president of the club.

Congressman Kevin Brady will be on hand to introduce and give special recognition to the Gold Star Mothers who have lost a son or daughter serving in the military and the Huntsville Men’s Choir, directed by Dale Underwood will perform during the service.