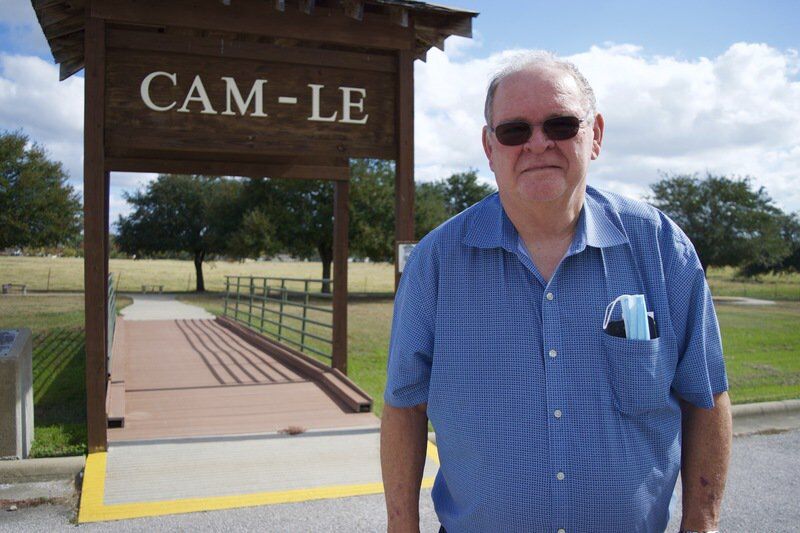 Michelle Wulfson | The ItemEarnest Barron stands in front of the Vietnam War memorial at the H.E.A.R.T.S. Veteran’s Museum in Huntsville. Barron enlisted into the Navy in 1966 and served on a 13 month tour aboard a U.S. hospital ship in Da Nang, Vietnam. 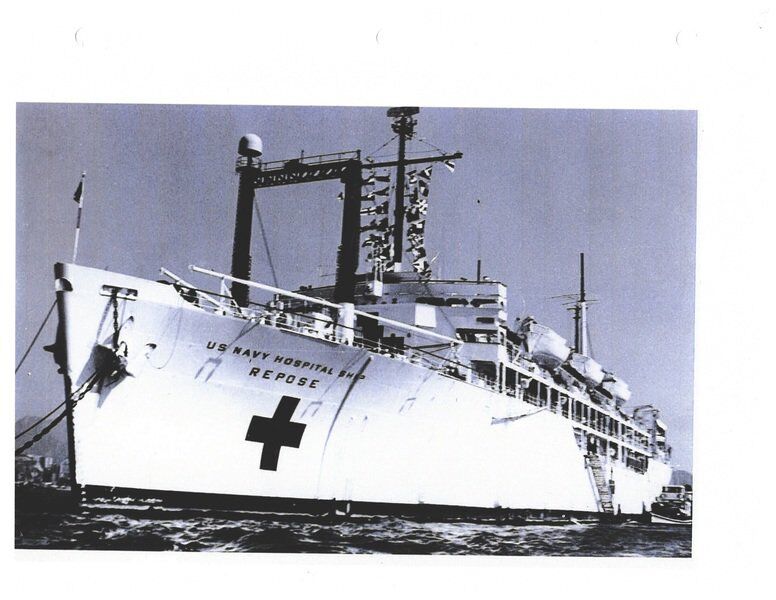 SubmittedEarnest Barron served 13 months on the USS Repose as a U.S. Navy Corpsman during the Vietnam War, tending to the severely wounded in the ship’s ICU.

Michelle Wulfson | The ItemEarnest Barron stands in front of the Vietnam War memorial at the H.E.A.R.T.S. Veteran’s Museum in Huntsville. Barron enlisted into the Navy in 1966 and served on a 13 month tour aboard a U.S. hospital ship in Da Nang, Vietnam.

SubmittedEarnest Barron served 13 months on the USS Repose as a U.S. Navy Corpsman during the Vietnam War, tending to the severely wounded in the ship’s ICU.

In the H.E.A.R.T.S. Veteran’s Museum library, Earnest Barron points out just one book dedicated to the Vietnam War Navy Corpsmen, outshone by the glory and exciting stories of soldiers in battle. A photographer and videographer himself, Barron has recorded his time as a Navy Corpsman in the Vietnam War, the evidence bundled in a four-inch-thick binder.

“If it doesn’t bleed, it doesn’t read … They give all of the glory to the grunts, and rightfully so, but the unsung heroes – corpsmen, doctors, nurses, lab techs and x-ray techs – they fight the broken bones, they fight the disease, sepsis, everything, just like the grunts fight the enemy,” Barron said.

Barron enlisted in the United States Navy in 1966 to avoid being drafted into the army as his two brothers and father had been called to. He served for three years, nine months and 14 days, including a 13 month tour as a Navy Corpsman on a U.S. Navy hospital ship, the USS Repose, stationed in the Da Nang harbor of Vietnam. As just a teenager, Barron was entrusted to the ICU, caring for dying and the bed-ridden.

“Our job was to heal the wounds of war and you really don’t know what wounds of war are all about until you see it … the pictures don’t do it justice,” Barron said, flipping through his photo album showing the sights from his travels, as well as some of his patients that struck a cord in his heart.

As a corpsman, Barron answered the dreaded calls of “flight quarters” ringing out across the ship’s PA system that announced the arrival of a helicopter carrying anywhere from one to 20 casualties.

It was shocking at first, seeing bodies shredded from shrapnel, the limbs of his fellow soldiers blown off and helping those who were too far gone ease into their untimely fate. However, Barron soon found a passion for medicine and patient care, nursing those that he could, back into the battlefield.

“About 85% of all casualties went back to duty,” Barron said. “That ship was better than some hospitals in the states – we could do hematology, autopsy, operations, skin graft, reconstructive surgery – anything.”

Barron estimates that the ship had around 550 beds and remained close to full capacity at all times, taking on wounded Marines, soldiers, civilians and enemy persons. The corpsman delivered babies for civilian women twice, treated congenital defects in local children and even treated a North Vietnam Army captain, though what happened to him afterwards is still a mystery to Barron.

There were certainly bad times on board, but there were also good times to take their minds off of the stresses of the job. Flipping further through the photo album from his time on the Repose, Barron smiles at memories of taking boats out to go snorkeling and swimming near the Philippines with friends, throwing beach parties, games of baseball and Navy issued buffets.

His duty allowed him to travel through the exciting wonders of Asia and form bonds with fellow soldiers that remain today. He had experienced first-hand the fragility of fate and returned home a hero solely in the eyes America’s least celebrated heroes.

Now, after a career at Amsco steel and the Texas Department of Criminal Justice, Barron has come full circle, bringing dignity to the deceased inmates of TDCJ with embalming and funeral services.