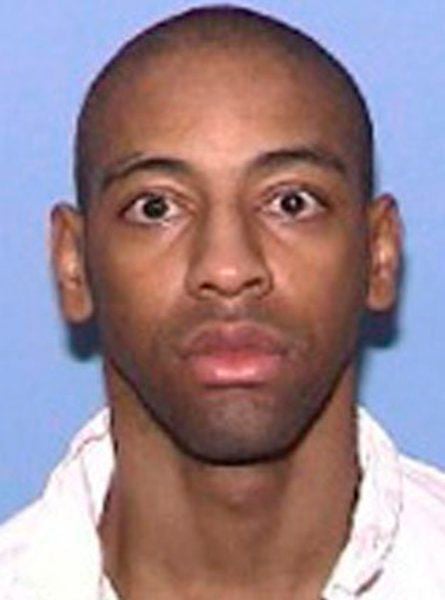 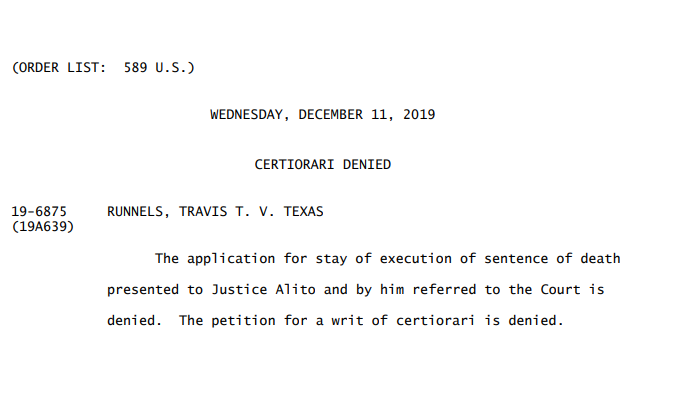 A Texas inmate convicted of killing his supervisor at a state prison 17 years ago was put to death Wednesday night at the Huntsville “Walls” Unit.

Prosecutors said Runnels slashed Wiley’s throat at the Texas Department of Criminal Justice Clements Unit in Amarillo because he didn’t like working as a janitor at the shoe factory. They said Runnels had wanted to transfer to a job at the prison barber shop and was angry at Wiley because that hadn't happened.

Runnels had been serving a 70-year sentence for an aggravated robbery conviction in Dallas when he killed Wiley with a knife used to trim shoes. The factory makes shoes for inmates in the state’s prison system.

Runnels approached Wiley from behind, pulled his head back and used enough force for the knife to go through his trachea and cut Wiley’s spinal cord.

Wednesday’s execution came shortly after the U.S. Supreme Court rejected an appeal by Runnel’s attorneys, who were claiming that false testimony sent him to death row.

His attorneys also say that no defense was presented at his 2005 trial as his lawyers advised him to plead guilty and then called no witnesses in a trial that lasted two days.

In their petition to the Supreme Court, Runnels’ attorneys argue his death sentence was mainly due to the testimony of prison expert A.P. Merillat, who told jurors that inmates like Runnels could not be held in a secure environment if sentenced to life in prison without parole.

The Texas Attorney General’s Office pointed to assaults by Runnels on other guards after Wiley’s death, including throwing feces and a light bulb at them, as evidence he was a future danger and merited a death sentence.

Runnels was the 22nd inmate put to death this year in the U.S. and the ninth in Texas.