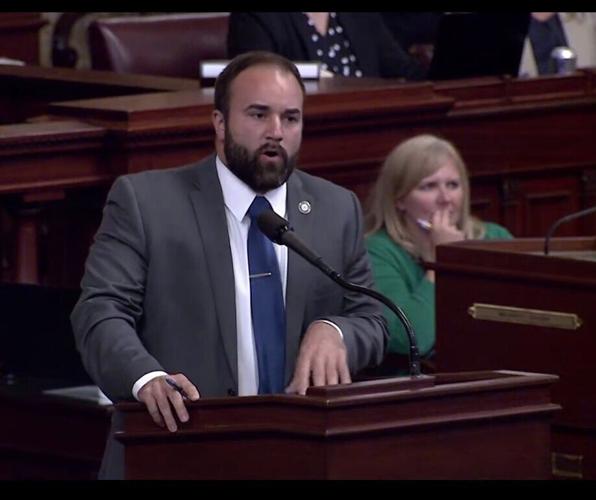 State Rep. David Rowe, R-Snyder/Union, speaks Wednesday on the floor of the Pennsylvania House of Representatives concerning his bill seeking to include veteran-owned small businesses in the commonwealth’s Small Diverse Business Program. 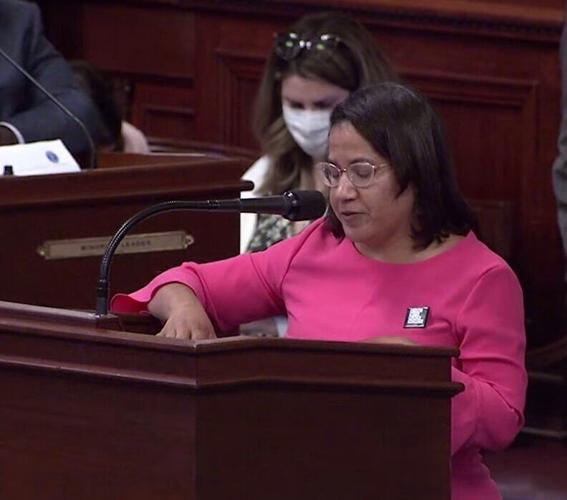 State Rep. David Rowe, R-Snyder/Union, speaks Wednesday on the floor of the Pennsylvania House of Representatives concerning his bill seeking to include veteran-owned small businesses in the commonwealth’s Small Diverse Business Program.

HARRISBURG — A bill adopted in the Pennsylvania House this week aims to include veteran-owned small businesses in the commonwealth’s Small Diverse Business Program.

The legislation, if ultimately moved into law, would boost opportunities for veterans seeking to secure state government contracts across all agencies, according to the prime sponsor of House Bill 2682, state Rep. David Rowe, R-Snyder/Union.

Veteran-owned small businesses were removed as a qualifying designator for the Small Diverse Business Program in 2015 under an executive order by Gov. Tom Wolf. Veterans can still qualify for the program but not as easily. They have to match other designators like being a minority or being disabled.

The governor’s order was actually intended to address a lack of diversity in the procurement of state contracts for construction work and much more, including for veterans, and established the Bureau of Diversity, Inclusion and Small Business Opportunities.

“Our veterans have given so much for us and restoring the entrepreneurial benefits they enjoyed prior to Wolf’s executive order would allow them to continue to create jobs that fuel economic growth. It would also allow them to invest in our communities in the same way they’ve invested in protecting and preserving our freedoms with their service,” Rowe said.

Target goals for contract procurement across all agencies were set following the release of a disparity study in 2018: 26.3%, 15%, 4.6% for participation by Small Diverse Businesses (SDB), Small Businesses (SB) and veteran-owned businesses, respectively.

Of $4.2 billion spent by the commonwealth on goods and services in fiscal 2021, $856 million, or 20.25% combined, went to SDB, SB and VBE businesses, according to the annual report. While that represented a 30% increase across the board compared to the fiscal year prior, the share for veterans was just $17 million.

Rowe’s measure passed through the House committees on both Commerce and Appropriations this month without a dissenting vote. Three attempts by Democrats to amend the measure before the final vote failed.

The bill passed 189-13, the dissenting votes coming from Democratic representatives. It now moves to the Senate which has just seven session days remaining this year — six in October, one in November.

Despite the tight schedule, Rowe is optimistic that it will become law. The bill was introduced in June and made its way through the House. He said it takes three session days to move a bill through either chamber and hopes that will be the case in the Senate this fall.